In a hospital of fatigue: Aca Lucas called after being admitted to the Emergency Center 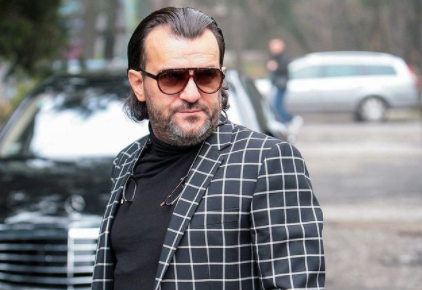 Singer Aca Lucas shocked the public again after he was hospitalized today.

Rumors that the singer ended up and was kept in the Emergency Center appeared on the Internet, although no details were shared about the reason, seriousness or current condition of the singer.

But fortunately, soon after the examinations, Aca Lucas addressed his followers and cleared up the speculations, calming the doubt about the seriousness of the condition due to which he was admitted to the Emergency Center.

"My dears, all of you who are worried about me have no reason. Due to overwork in the studios, as well as the performances, my body got a little tired and gave me a sign that it was time to recover a bit. Because I trust our state health, I am in the Clinical Center where they will do all the necessary tests and examinations. I hope for a really fast recovery, because I have a lot of work to do about the new videos, songs, performances and the most important thing for me, and that is the representation of the state of Serbia at Eurovision. "He loves you, your Aca Lucas!", Wrote the singer.

With his statement, Aca Lucas confirmed his participation in the Eurovision song contest, where his song "Oscar" will compete with 35 other participants, and the singer is confident that his song will be the one that will represent Serbia in Italy.