VMRO-DPMNE revealed the "Broilo" affair: Kovacevski gave the godfather businesses that turned over millions of euros 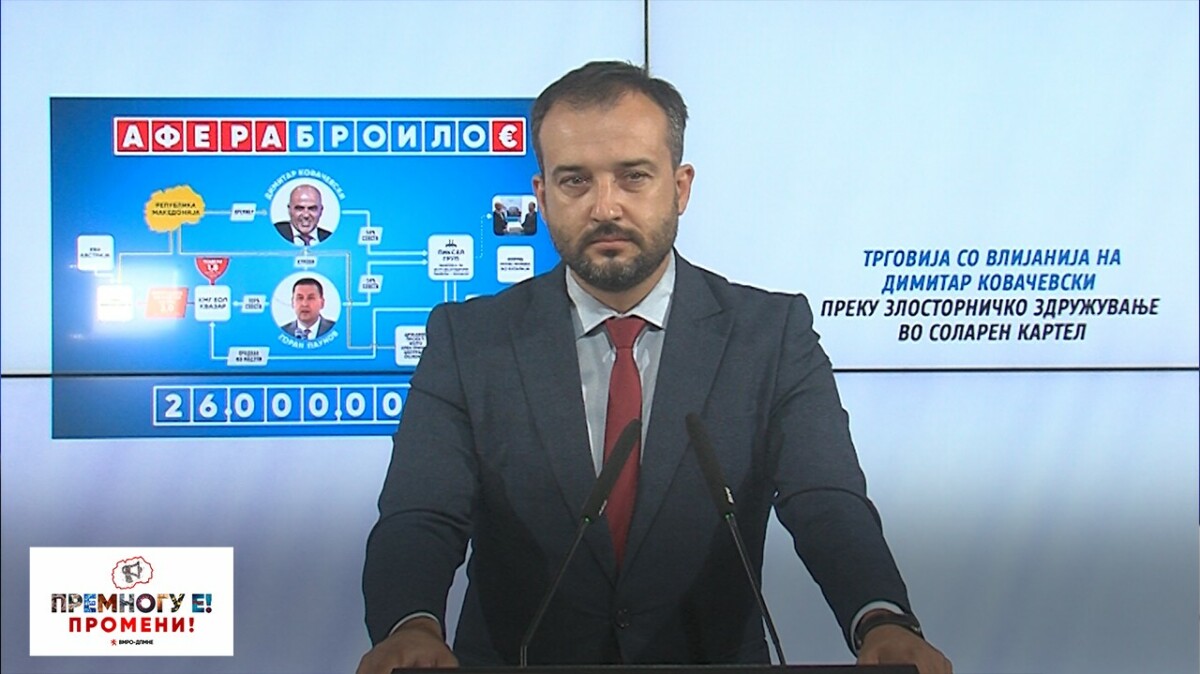 VMRO-DPMNE accused the Prime Minister Dimitar Kovachevski that together with his godfather in what he called a solar cartel, they embezzled 26 million euros. MP Mile Lefkov accused at a press conference today that the "Broilo" affair means trade in influence, through a criminal association.

- Companies founded by Dimitar Kovacevski and his family connections turn over millions in the energy business, while Macedonia is on its knees, and the impoverished people struggle to survive every day. The "Broilo" affair will show how Kovacevski and a narrow clique joined together in a cartel that cheats and gets personal benefits. Follow closely. "Pixel Group", a company founded by Kovacevski and his godfather Goran Paunov, together with the company "KMG EOL Kvazar", a company only owned by the godfather Paunov, are involved in businesses worth 26 million euros! In the solar cartel, Kovacevski and his godfather Paunov, after founding the "Pixel Group", in 2018 are building a factory for the production of photovoltaic panels in Kočani. Here is proof of that – a photo from the opening of the factory, on which you can see how the godfathers Kovacevski-Paunov celebrate the official opening of the company with a cake. The company becomes central in the business, around which 26 million euros revolve. The "Broilo" affair is a scheme that shows how through "Pixel Group" and "KMG EOL Quasar" they diverted the money. Only from state tenders in the past few years, these companies collected 1,8 million euros. In 2021, when Dimitar Kovacevski is the Deputy Minister of Finance, "KMG EOL Quasar" concludes an agreement with EVN, over which Kovacevski, as prime minister, now has mandated ownership through the state share in EVN, namely a contract for the performance of works and the delivery of photovoltaic panels. worth over 2 million euros - said Lefkov.

The meter affair, he added, takes dimensions of tens of millions of euros, when a month and a half ago, "Pixel Group" announced that it was entering the investment phase in a factory for the production of solar panels in the industrial zone in Tetovo, worth 54 million euros.

– This is a zone where investors have tax and customs exemptions, and according to media articles, they are expected to sign a state aid agreement. The company is registered under the name "AE Solar AD Tetovo", as a joint venture of "Pixel Group" which owns 40% and 60% is owned by a company from Bulgaria. Gorancho Paunov, the godfather of Prime Minister Dimitar Kovachevski, has already been appointed as one of the two CEOs of "AE Solar AD Tetovo". The investment of "Pixel Group" should be 21.6 million euros, according to the percentage of participation. With that, Kovacevski as prime minister will sign a contract for state aid to the godfather Gorancho Paunov as executive director of the company, in which 40 percent of the ownership belongs to "Pixel Group", founded together with Kovacevski! And all this is happening in a period after another Bulgarian company announced an investment in FEC Oslomej, where the state is a partner with 18.5 percent. And for which investment the Bulgarian company-partner of "Pixel Group" boasted on their website. So the question arises, will the panels produced in the factory in Tetovo end up in FEC Oslomej, where the state is represented with 18.5%? And what is the role of Kovacevski, who appears as the founder of the company that is in the circle of business interests from this scheme, but now also as prime minister? Will the factory in Tetovo, in which "Pixel Group" founded by Kovacevski is the owner, monopolize the market of production and sale of photovoltaic panels? - asked Lefkov. 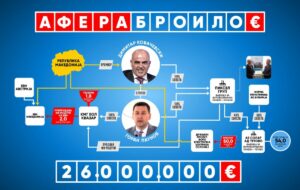 All this, he added, is happening in conditions where new increases in electricity prices are constantly being announced for citizens, and businesses in Macedonia pay twice as much electricity as businesses in the region.

The deputy and member of the IC of VMRO-DPMNE announced that in the coming period we will fully reveal how in the "Broilo" affair companies close to Kovacevski managed to turn over 26 million euros. He urged Kovacevski not to wait for the details to be published, but to immediately state his involvement in all the businesses of this so-called solar cartel and to resign immediately.