VMRO-DPMNE will file charges against Xhaferi today, Minov is on the move 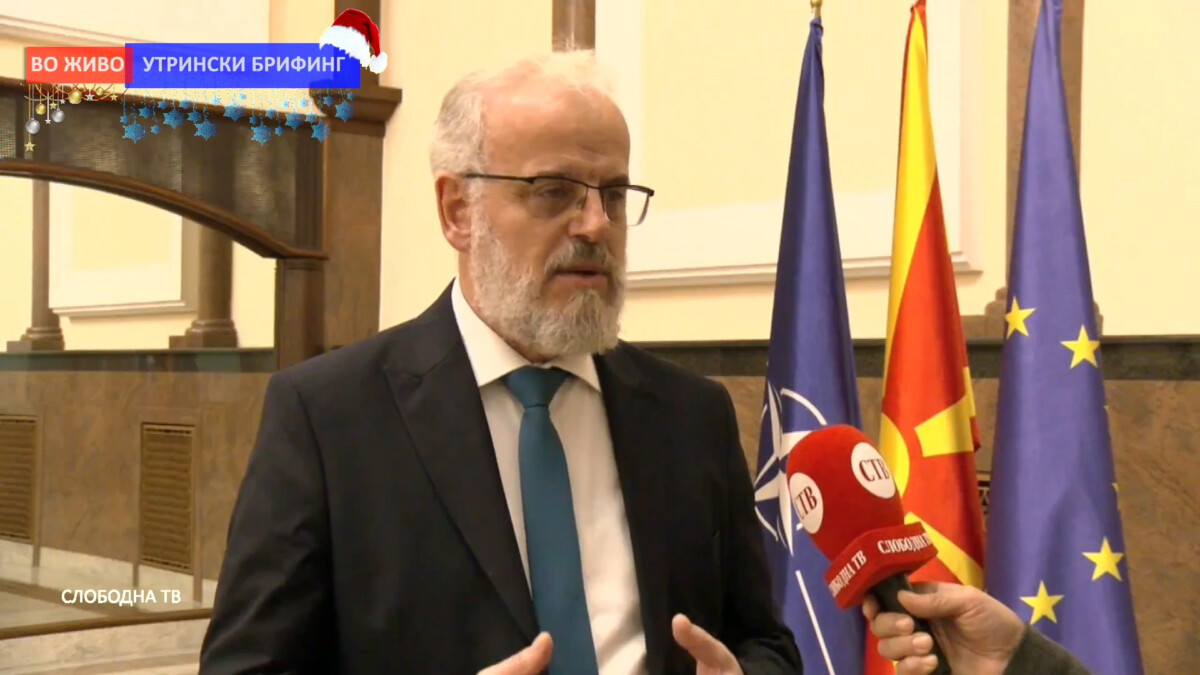 The parliamentary group of VMRO-DPMNE today at The Assembly will submit application to the Committee on Rules of Procedure and Mandate Immunity Issues against the President of the Assembly Talat Xhaferi behind the audio recording at which the first parliamentarian is heard shouting and insulting parliamentary officials.

The application is due violation of the Code of Ethics of MPs by the President of the Assembly and as already announced by VMRO-DPMNE, with the report they will submit evidence, but also witnesses for the Xhaferi scandal. According to information from the parliamentary group, in addition to the audio recording of Xhaferi vulgarly addressing the parliamentary officials, they will also call for a committee debate. three or four witnesses who were present in the hall at the time of the incident. For the request of the President of the Minov Commission to convene a session, VMRO-DPMNE will refer to the Parliamentary Rules of Procedure, as well as the Code of Ethics. 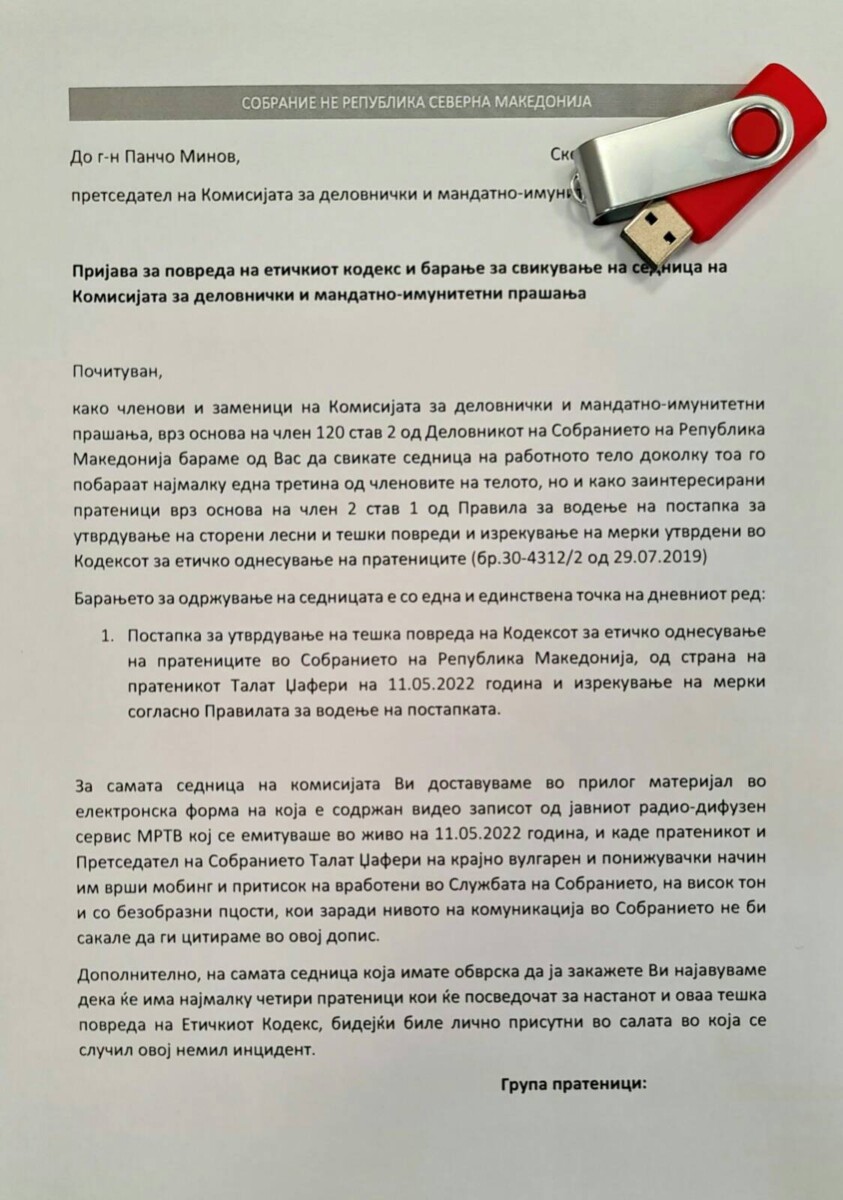 VMRO-DPMNE has already called on the President of the Commission Pancho Minov to convene a session on the Xhaferi incident, to which he replied that the Commission will discuss only if it receives a report from an MP.

Depending on the assessment of the members of the Committee on Rules of Procedure and Mandate Immunity Issues regarding the gravity of the misdemeanor, a public reprimand or a decision for suspension of a Member of Parliament for a period of one month or a ban on chairing the working bodies of the Assembly in duration up to one month.

VIDEO | Popovski: Macron publicly stated that this is not fair to Macedonia, and on the other hand proposes a framework that is unacceptable for us

Council of Ambassadors: Historical issues, language and bilateral protocol must not be part of the negotiating framework