Authorities say identity issues are not being discussed, opposition seeks non-paper with answers to Sofia 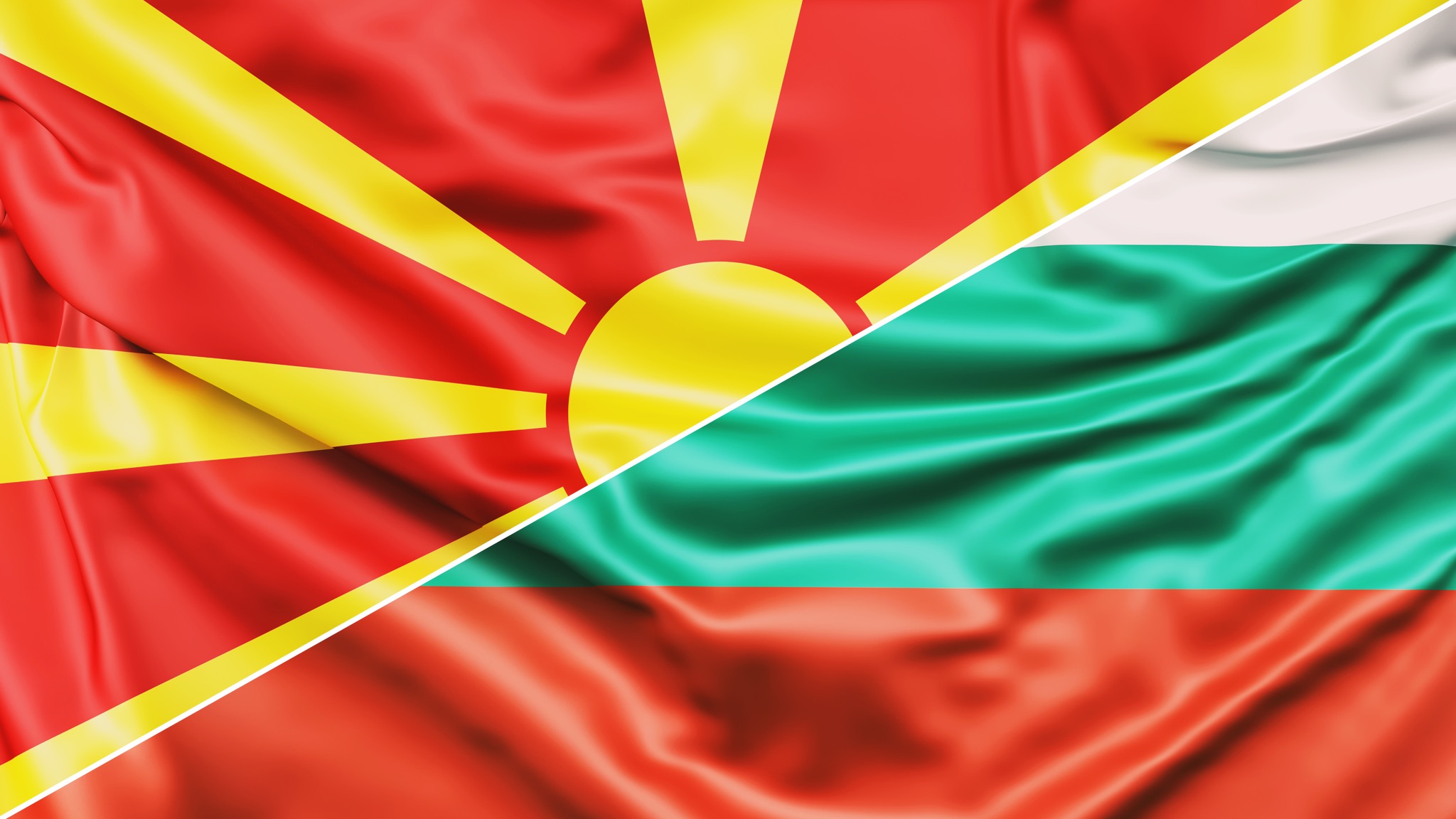 The government assures that the identity and language are not negotiated with Bulgaria, pointing out that only working documents are exchanged in the talks and that when the final framework for a solution is determined, it will be published, while the opposition demands that the non-paper be delivered. He was sent to Sofia in December, with the assessment that she was denied the right to make suggestions.

Prime Minister Kovacevski In an interview with the national broadcasting service last night, he pointed out that language and identity are neither discussed, nor negotiated, nor will be negotiated in the future.

- At the moment there are only working documents exchanged with the Republic of Bulgaria, which will be published when they are final and when the final framework will be determined, which will be the way to a final settlement of the dispute we have with the neighboring country, said Kovachevski.

The head of diplomacy Bujar Osmani yesterday referred to the members of the Parliamentary Committee on Foreign Policy on the course of talks and relations between Skopje and Sofia, which, as he said, are in the phase of non-paper exchange and there are no agreed proposals, assuring that the identity, language is not negotiated. and other identity attributes.

- When it comes to sensitive issues, I want to repeat clearly and loudly - no one negotiates identity! Language and other identity attributes are issues that arise from the right of self-determination of every person, of every people, of every ethnic community, of every state and it is an inalienable right stronger than any other right. "We have not negotiated on these issues, nor do we have the right to negotiate, nor will anyone ever negotiate," Osmani said.

He stressed that through a wise, rational and reasoned approach, the Government managed to show that the theses for denying the Macedonian identity are retrograde phenomena, that they do not correspond to the modern values ​​of civilization and that it succeeded in that.

- Today we are no longer talking about identity, but only about the approach to determining the right to self-determination of everyone - in accordance with the existing state order in both countries. That leads us to the set of political issues that until recently was named the 5 + 1 package, Osmani said.

According to him, lately, as he said, "a slight hysteria that ad-hoc solutions are possible for such sensitive issues" has started to spread, and that one can bring oneself, overnight, behind the curtains, without the knowledge of the citizens. any decision or agreement to the detriment of our state positions set by the declaration of the Assembly.

- I want to say that the state team is completely led from a state position, that every issue goes through several filters - first, there are experts and diplomats at the Ministry of Foreign Affairs, professionals who deal with these issues in diplomacy regardless of any political power in the country. These are the same people that my predecessors worked with, including the current president of the Commission, Antonio Milososki, when he was a minister. Then there is the Government, where we make decisions together, and of course in the end this Commission, the Assembly in general, and in the end the citizens, said Osmani.

According to him, the most sensitive issues are not subject to political negotiations, but they are the subject of talks between experts in the joint Commission for Historical and Educational Affairs, which, as he said, is an independent body and in whose work we can neither try nor try to we mix.

- For us, the most important issue in that package is the implementation of the decision of the European Council from March 2020, by holding the first Intergovernmental Conference, and our key position is that in the negotiating framework, the Macedonian language should be treated as an official language of the European Union without any additional qualifications and questions asked by Bulgaria, said Osmani.

There, the Minister continued, are the questions about the principle of self-determination in accordance with the constitutional regulations of the states, the issue of hate speech and rehabilitation of the victims of communism, there is nothing more or less, nor something spectacular with which, he says, we should scare the citizens .

He stressed that at the first moment when the working versions become acceptable to both parties, before they are approved or put into operation, they will be submitted in writing to this Commission and to the MPs.

Chairman of the Parliamentary Committee on Foreign Policy Antonio Milososki, after Osmani's speech, pointed out that the non-submission of the working document regarding the negotiations with Sofia expresses distrust towards the MPs and prevents them from giving their contribution.

- Osmani talked about building common positions, he talked about maturity, respect and mutual trust. As if we have confidence as MPs elected by the people, the MPs elected the Government, and the Government does not want to share with us a non-paper that was sent to Sofia in December. How to build those positions when you have written your opinion, an expert has supplemented that opinion, and you give us neither the right nor the confidence as MPs to give a suggestion for that non-paper, which we want to be in accordance with the declaration which this Assembly adopted, says Milososki.

According to him, Osmani is setting a precedent, because he confirms that there is a document that it is informal, that it is a working version, and denies the possibility for the MPs in that working version to give their contribution.

Regarding the invitation of MPs to come to the Cabinet of Minister Osmani to read the draft documents, Milososki replied that The constitutional system in the country is "for ministers to come to the Parliament, not MPs to go to the ministers".

- If you want to present something to us at any time, come to the Assembly, we will organize a closed session and if you want to read - read, we will write. But if you have confidence you should share those documents because the Agreement you signed gave us five clues. All five indications were well-intentioned, they were not inserted and all the things that were not inserted today arise as problems from that agreement and since the agreement was signed the tensions between Macedonia and Bulgaria have increased three times more than we had as relatively normal relations in the previous period. , pointed out Milososki.

And the Bulgarian Prime Minister Kiril Petkov Yesterday he reported to the National Assembly on relations with Skopje, where at the request of the GERB party he answered questions about the meetings with Prime Minister Kovacevski. Petkov said that the Macedonian ministers who were staying in Bulgaria were in large numbers and made great progress in most topics of the talks with their Bulgarian counterparts and three memoranda were signed, in key areas, including Corridor 8.

He said that the two sides also discussed topics that are important for Bulgaria - the rights of Bulgarians in the Republic of Northern Macedonia and the framework position, noting that Kovacevski said he saw no problem with the inclusion of Bulgarians in the Constitution of Northern Macedonia, without saying time. deadlines. He clarified that we are no longer talking about five plus one, but about four plus one request and that that in itself is progress. He also informed that on February 4, Bulgaria and Northern Macedonia are preparing a joint celebration of Goce Delchev on the occasion of the 150th anniversary of his birth.

The former Bulgarian Deputy Foreign Minister, who now works at the non-governmental Institute for International Relations, Ljubomir Kucukov, said that politically Bulgaria fell into complete isolation in the EU due to the dispute with Northern Macedonia, losing all its advantage as a member of the Union, redirecting the pressure from the candidate for membership to itself. According to him, any agreement between Bulgaria and Northern Macedonia must be supported by parliament and society.

- The dispute with Northern Macedonia has become a rivalry in patriotism in Bulgaria. The main result of the Bulgarian-Macedonian negotiations is that there is agreement to reach an agreement, the climate of bilateral relations is changing and there is already a readiness for dialogue on the disputed issues. The only way to do that is through intergovernmental negotiations, says the former senior Bulgarian diplomat.

The President Stevo Pendarovski Yesterday he received representatives of OMO "Ilinden" and representatives of several other citizens' associations from the Republic of Bulgaria who informed him about their work and activities in the field of human rights, promoting tolerance and building civil society. Regarding the dialogue with Bulgaria, Pendarovski assessed that a new phase is beginning, and both sides express their will for the progress of the process.

- President Pendarovski believes that it is important for every political institution in both countries to contribute to resolving open issues, said Pendarovski's office, noting that at the meeting he informed that he would soon pay an official visit to Bulgaria, where he will hold talks with President Rumen Radev.

The President stressed that the Republic of Northern Macedonia is aimed at developing good neighborly and friendly relations with the Republic of Bulgaria, in the spirit of the 2017 Friendship Agreement.
#Macedonia #lead #Bulgaria #negotiations #non paper #recommended #opposition
Share
Video of the day

Pendarovski on the occasion of May 16: To create modern societies, without discrimination

VIDEO | Popovski: Macron's idea for a European confederation is a trap with many unknowns, the question is whether the EU will expand

VIDEO | Bogoevski: VMRO-DPMNE boycotts the whole country because it does not like the election results, the damage is on the citizens

Osmani in Brussels for a meeting with EU foreign ministers

The parliamentary blockade will continue with the second and third step - on the streets?