Flavors that will throw you into a delicacy trance: Original Macedonian winter recipes famous all over the world! 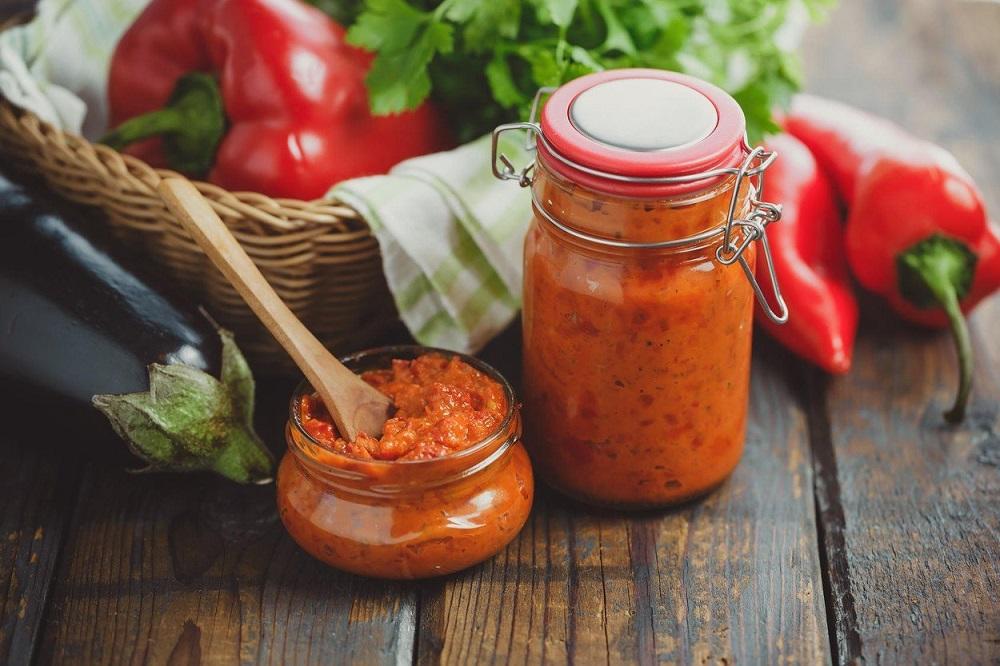 The markets abound with colorful seasonal vegetables, the offer is diverse, so every housewife will gladly prepare the unique and widely famous Macedonian winter food.

When it comes to Macedonian specialties - the treasury of scents and tastes of the traditional home winter is simply difficult to resist. Here is the undisputed "king" of winter - ajvar, the unusual but unique taste of pinjur, the colorful sour salad with colorful vegetables, as well as the small gherkins arranged in a jar that simply invite you to taste them.

To save for the winter and have stocks of delicious and healthy meals, prepare for winter on time. The markets abound with colorful seasonal vegetables, the offer is diverse, so every housewife will gladly prepare the unique and widely famous Macedonian winter food. And more importantly, the whole family will enjoy its taste throughout the winter.

Given that there are numerous debates about the ingredients and the homemade recipe for ajvar, we bring you an original Macedonian recipe for the best homemade ajvar, which has been prepared by our grandmothers and mothers for decades and passed down from generation to generation.

Prepare:
First, wash the peppers well and clean them from the seeds. Bake the peppers in the oven, then immediately after baking, put them in plastic bags for a few minutes to soften, which will facilitate the peeling of the peels. When it cools down a bit, peel each pepper, then arrange it in a large strainer or a mesh compact pad raised from the surface so that it can drain as well as possible (it takes about 3 hours to squeeze).
Bake the eggplants in the oven, then in the same way as the peppers, keep them briefly in a bag, and then peel them, then leave them to drain. Grind the squeezed peppers and eggplant on a hand-held meat grinder, then transfer it to a large pot and put it on a low heat.
During the frying of the mixture, it is necessary to stir continuously, and gradually add 1 dl of oil every 20 minutes, stirring constantly, because the oil must not burst on the surface. The easiest way to check if the ajvar is ready is to pass it with the wooden spoon along the bottom of the pot, after which a path should be created from the spoon, ie to see the bottom of the pot.

Add salt and sugar at the very end, ie in the last 20 minutes of cooking.
Meanwhile, while the ajvar is frying, you need to prepare the jars. Preheat the clean jars in an oven at 50 degrees and put the ajvar in them while it is still warm. Put a little oil on the neck of each filled jar and close with a lid, then put them in a box and cover them with a sheet or blanket.

Allow the covered jars to cool gradually for 24 hours, then store in a cool, dark place.

Pindzur is a winter eggplant, peppers and tomato that is easy, fast and easy to make, and there is no person who does not like it.

Roast the peppers, eggplant and tomatoes, peel and grind on a meat grinder. Just lightly fry the hot peppers. Put oil in a saucepan to heat, add the ground mixture and fry until all the liquid has evaporated, then add sugar, salt, finely chopped garlic.

Fry for another 10-15 minutes. Add the roasted hot peppers, mix lightly so that they do not crumble. The jars should be warm, pour the pinch to the top of the jar. Immediately close them with the lid and turn the jars upside down. Leave them like that until they cool down.

This recipe can have many variations - it all depends on which vegetables you like best in the sour version. We bring you a tested one - of carrots, cauliflower and peppers, and you can also add shredded cabbage, gherkins, spring onions…

Cut the fresh vegetables into pieces of the desired size, then pour a little oil and a little more vinegar. Add a little chopped garlic and parsley to each row and leave it in a cool, dry place to combine the flavors.

Grind the onion and add it to the tomato juice (puree). Cook for half an hour on medium heat. During this time, clean and cut the pepper into cubes and the carrot into circles. Prepare the garlic and grind it.

After half an hour of cooking the tomatoes and onions, add the chopped peppers, carrots, garlic, bay leaf and pour over the oil, vinegar, salt and sugar. Stir and let it boil for between 90 and 120 minutes, depending on how much liquid there is, how juicy the pepper is, and the strength of the stove.

After an hour and a half, check the density, it will thicken further when it cools down. The density should be something like ajvar. Bay leaf can be removed. Remove from the heat, add the parsley leaf and preservative, stir and leave for 10 minutes. From this measure five large jars and one small one are obtained.

Arrange the jars on a baking tray, turn on the oven to 60 degrees and preheat the jars. Pour a little salad into the heated jars, a little at a time, and add to the end. Cover with cellophane, put rubber band and then cover. Leave it where you usually keep the other winter.

PHOTO | A quick recipe for pickled green tomatoes: An unusual pickle for even the laziest

Want to try something new and familiar? Recipe for "Lemington" cake for you today

Who can resist sweets?