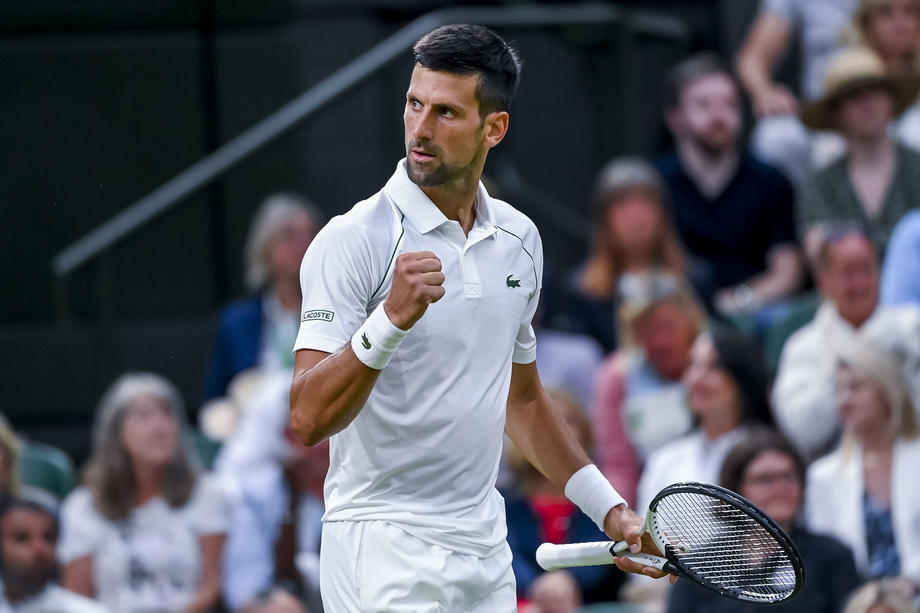 Novak Djokovic today he will play the quarterfinal match against the Italian Janik Siner, 13th tennis player in the world. The winner of this duel in the semi-finals will play with the better of the match David Goffan - Cameron Norrie.

Djokovic is three wins away from defending his throne in London, three steps away from his seventh Wimbledon trophy.

Siner managed to eliminate Carlos Alcaraz and now awaits one of the biggest challenges of his career, to beat Djokovic on grass.

The last time Djokovic was defeated at Wimbledon was in July 2017 when he surrendered the match at the beginning of the second set against Tomas Berdych.

Since then Nole has known only victories in London, he has 25 victories in a series with three championship cups.

Although he won the Australian Open the most, the Serbian did not have a greater triumphal streak even in Melbourne. At the same time, he combined 25 consecutive victories there. Which means that today against Siner, Novak will attack his personal record, to record 26 victories in a row at a Grand Slam tournament.