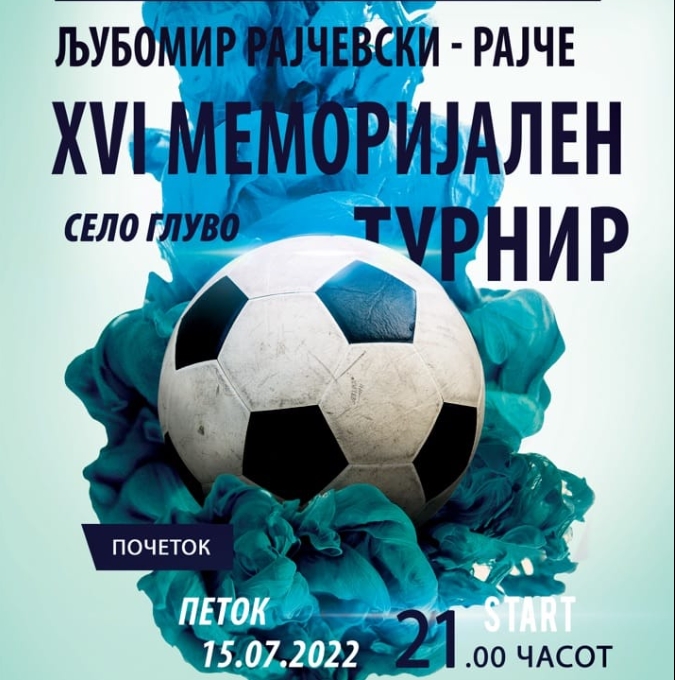 The final of the 16th "Ljubomir Rajchevski-Rajce" Memorial Tournament in minor football will be on Sunday, August 14, with the grand final, after which the winners will be announced and the prizes will be awarded at the sixteenth consecutive Memorial Tournament in minor football "Ljubomir Rajchevski - Rajche" which started on July 15.

The tournament is organized by the municipality of Chucher Sandevo and the matches are played in the village of Gluvo in honor of the long-time football player of FC Vardar, Ljubomir Rajchevski - Rajche.

The event is under the general patronage of the municipality of Chucher Sandevo, as well as the citizens of the village of Gluvo.

In addition to sports, this event traditionally has a cultural and entertainment character, and well-known entertainment stars from the region are expected to perform.

This year, after the sports part of the final evening, the Serbian and regional folk star, active singer Tijana Milentijevic, better known as "Sultana's Woman", will be special.