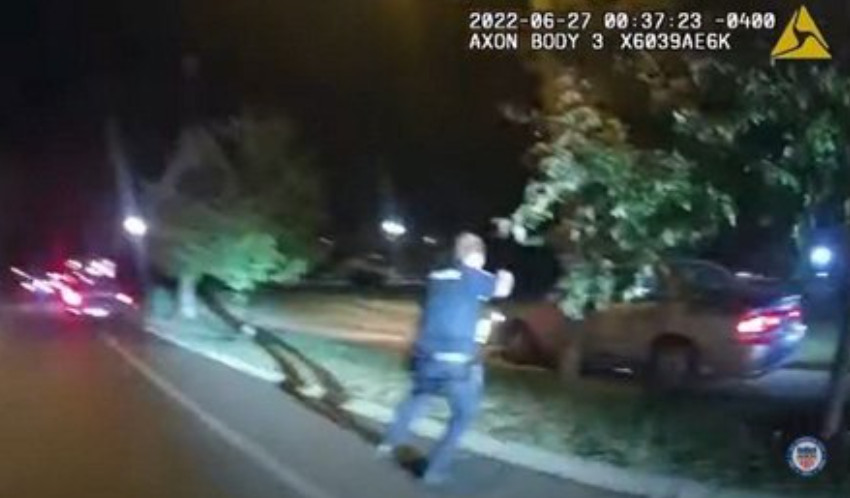 Eight police officers in the city of Akron, Ohio, USA, were involved in a shooting that left an unarmed African-American man dead, whose body was found with about 60 gunshot wounds, police footage shows.

Police released several videos at a press conference, one of which shows shots being fired from the car driven by Jayland Walker, 25, who was killed by officers.

Walker ran from the car after police tried to pull him over for a minor traffic violation. After several minutes of pursuit, Walker got out of the car and ran away from the police, who started shooting at him, the video shows.

Police said he attacked officers, who thought he was armed.

A gun was later found in his car.

Published by Reuters(Reuters) – Police killed Jayland Walker, a Black man in Ohio, by shooting him dozens of times as he ran from officers, a lawyer for his family said, citing a review of police video footage due to be made public on Sunday.https://t.co/CFmny1Yws8 pic.twitter.com/X4wN6zGotF

The attorney for the Walker family said that he was deeply disturbed by the police allegations that Walker shot at the officers from his car, adding that there was no justification for his murder.

- They want to turn him into a monster with a gun - said the lawyer who called the public to protest because of Walker's monstrous murder.

This is the lowest in the series of killings of African Americans by police in the United States.

Critics argue that these killings are unjustified, as was the killing of George Floyd in 2020 in Minneapolis, which sparked global protests against police brutality.