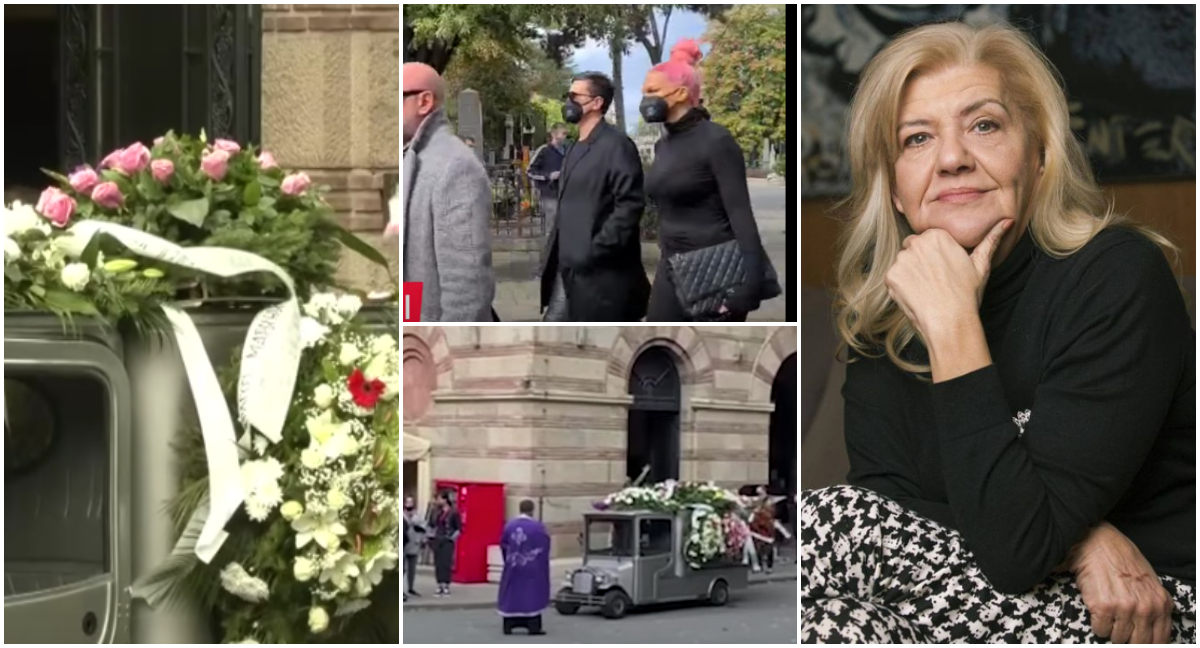 Marina Tucakovic was buried today in the New Cemetery in Belgrade next to her son Milos, as her last wish. Despite the family's desire to send Marina on an eternal vacation only in the circle of the closest family members, numerous singers appeared at the funeral, for whose career Marina is responsible.

Singer Zdravko Colic sent a wreath that reads: "Last greetings to dear Marina". By the way, Tucakovic wrote over 30 songs about him.

Milan Laca Radulovic, the son of Marina Tucakovic, visibly upset and broken, said goodbye to her mother for the last time, while her husband Aleksandar Radulovic Futa laid flowers.

Singer Oliver Mandic, who was her emotional partner in the past, also came to send Marina to eternal rest.

Besides Mandic, the funeral was attended by Jelena Karleuca and Zika from the group Zana, Zeljko Joksimovic, Danijel Pavlovic, Sasa Matic and many other public figures with whom Tucakovic collaborated over the years.

Among the last to appear was Ceca Raznatovic, who brought a huge wreath of white roses. The singer was visibly upset and broken by pain.

At the head of the procession, the cross was carried by the singer Daniel Pavlovic, while the coffin was carried by Zika from Zana and Oliver Mandic.

Marina Tucakovic died on September 19, at the age of 67, after a long and difficult battle with an evil disease.

Ten days after her death: Marina Tucakovic will be buried next to her son Milos

Will there be a replay of the shocking kiss? Madonna hints at a tour with Britney Spears

PHOTO | Alexandra Ambrosio is a real goddess: I do not give up my favorite food