VIDEO: Przino residents revolted by the Municipality due to the "criminal DUP" 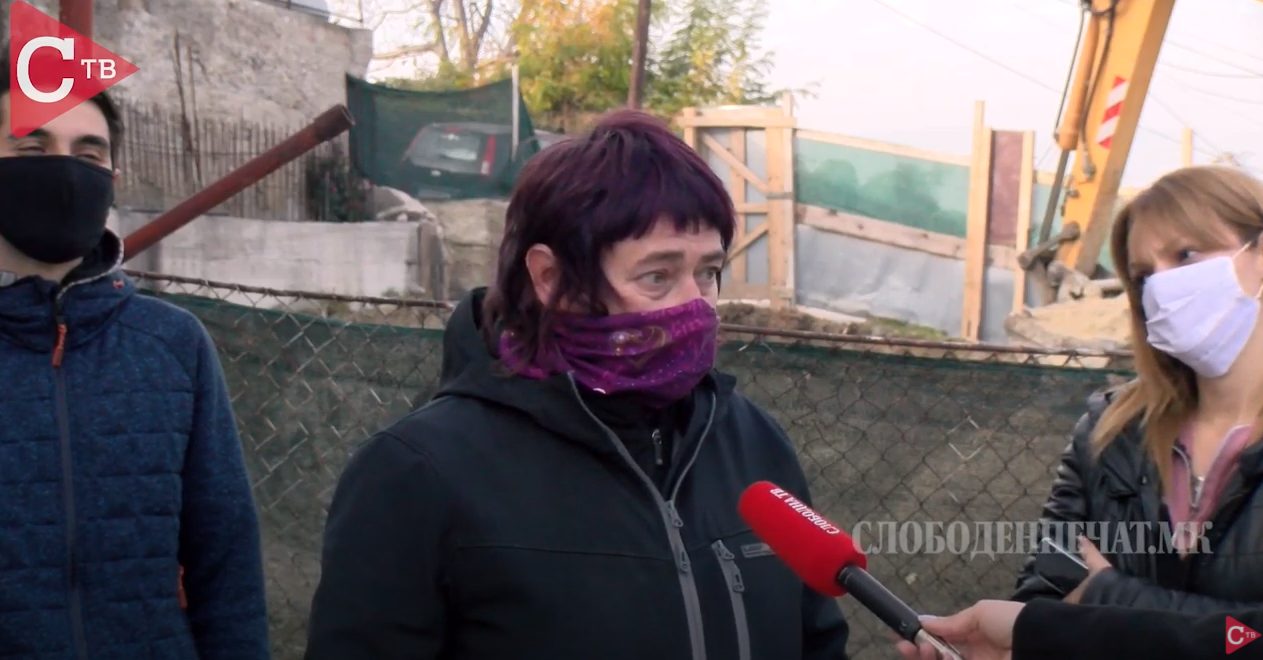 Last night, several citizens from Przino clashed with the investor of the new building that is being built in their street. They symbolically tried to show the investor that they were against his attitude by placing a horizontal installation in the form of a traffic lane with words written with dignity.

The problem, according to the residents we met today on Przino Street, is that the address of the building is on the neighboring street "Kara Trifun". But the municipality allowed the investor to enter the other street. Residents consider this decision illegal.

- The new building that is currently being built was supposed to have access from the upper street, but the investor knocked down the wall and trucks enter from here. The problem is that the detailed urban plan was adopted in a criminal way. This plot is divided into four plots, in order to be able to have a permit for building more apartments, because we know that a maximum of 4 families are allowed to live on one plot, and the building will have 16 apartments. The detailed urban plan was changed in 2017, say the outraged citizens.

They add that in Przino this is the sixth building in the mandate of Mayor Filip Temelkovski.

- When was the candidacy, he signed a statement from the O2 Coalition in which he undertook that no buildings will be built here, that the detailed urban plan will be revised, that the greenery will be taken care of. It was all a big lie, remind the residents of Przino.

The following is a conversation with several of the residents of Przino who are dissatisfied with the construction of a building in their neighborhood:

Free Press has previously addressed the problem of the residents of Przino.

The municipalities of Skopje will provide financial aid to the population in Turkey and Syria, the amounts will be determined at extraordinary sessions

The postman doesn't ring even once!