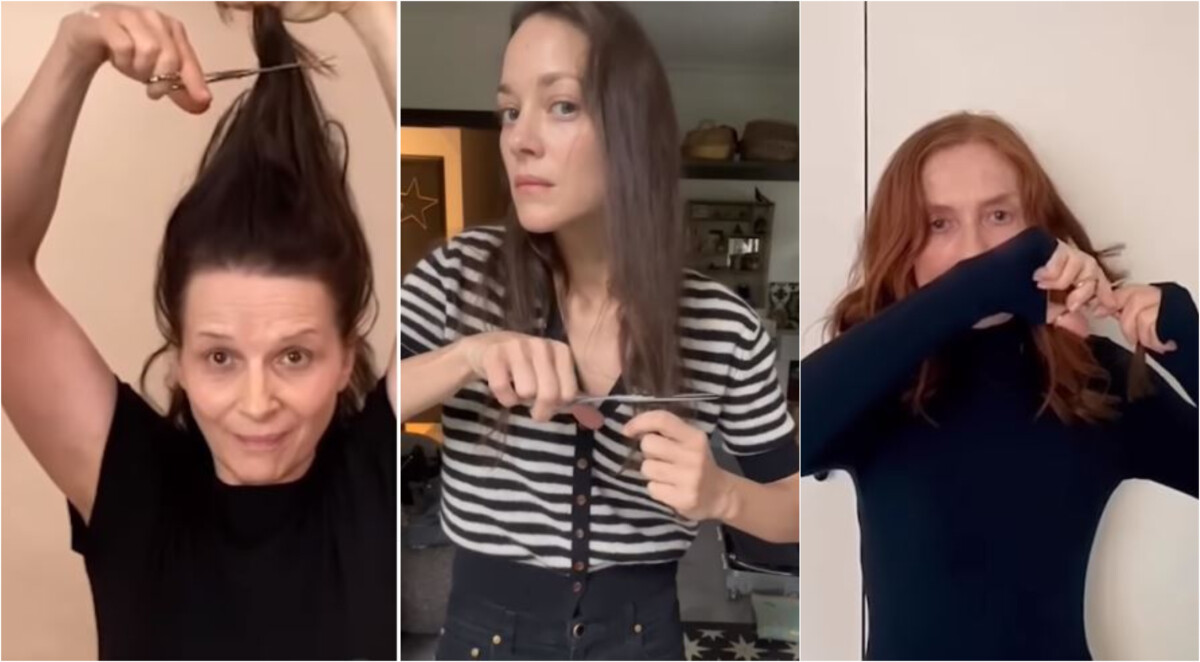 The famous French actresses, including Juliette Binoche, Marion Cotillard и Isabel Ipper, cut off a lock of their hair in protest of the death of Mahsa Amini, 22 years old An Iranian woman who fell into a coma after being arrested by the country's morality police.

"For freedom," cried Juliette Binoche, cutting off a handful of her hair with scissors and pointing it at the camera.

The famous actress was joined by other French A-list actresses and singers in cutting her hair as a sign of support for the young Iranian woman, including Marion Cotillard и Isabel Adjani.

An Italian song plays as background music for videos of them cutting locks of hair "Bella Ciao" (Bella Ciao) in the Persian language.

Amini was arrested on September 13 in Tehran for "improper dressing" and died three days later in hospital, sparking a wave of protests in Iran that have so far killed more than 130 people, according to human rights groups.

"Mahsa Amini was abused by the morality police until she died. She was only charged for wearing the veil in an inappropriate manner. She died because a few strands of her hair were visible," read the text accompanying the video on the Instagram profile posted by #soutienfemmesiran (Supporting the women of Iran).

"Women in Iran expect support from the international community. This is a nice way to show that support," he said Reuters the French lawyer Richard Cedillo, who initiated the action.

"This is only the first step, I hope that everyone in the world will follow it, not only the actresses but everyone." Men could also get a haircut, I think that will also happen," Cedillo added.

Lawyers, media personalities and other women in France followed the example of famous actresses.

Your hair in The European Parliament during the plenary session on Wednesday, he also cut off the Swedish MP Abir Al-Sahlani, born An Iraqi woman.

- As long as Iran is not free, our anger will be greater than the oppressors. Until Iranian women are free, we will be by your side - she said before cutting off her "ponytail".

The protests in The Islamic Republic have been held every day since Maksa Amini died on September 16 in Tehran police custody after being detained for improperly wearing a hijab.

PHOTO | A photo from the 70s has set the region on fire, everyone is mesmerized by the women in it

What is she doing today: Kristina Ilievska, fashion consultant and strategist

With the help of these tricks: French women eat croissants and drink wine, and they are thin

Hormones are to blame for everything: What to do when you go "crazy" or when you are depressed

These women are the head of the family, and already at the age of 13 they get a room for a lover

She took care of the princes, treated Lady Di's wounds, and then she was chased away and everything she owned was thrown away.