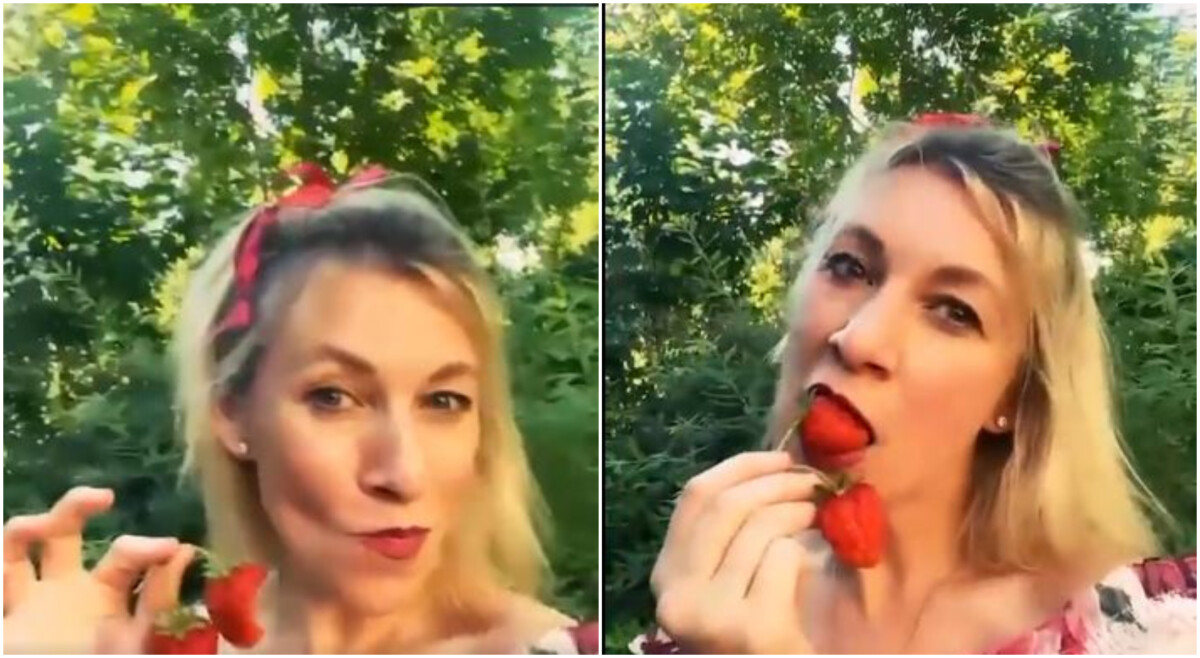 The video was transmitted by the channel Nightingale Litter on Telegram.

A Russian folk song is heard in the background of the recording "Pommegranate raspberry".

The journalist Kevin Rothrock he also shared the video on Twitter.

The spokeswoman for Russia's Foreign Ministry shared this video on Telegram earlier today from her garden. "My harvest," she wrote. If only Russia's crop seizures in 2022 were limited to these strawberries. pic.twitter.com/wRiIIn2qWD

In the comments, the question arose as to whether Zakharova was really in this recording and whether it was true that she posted it on her official page on the social network. Journalists confirmed that it was indeed her.

She published the video with the title "My Harvest".

After the video appeared on social networks, disgusted comments poured in, in which Zakharova was not spared at all.

"This is rude and arrogant", "Is this for her 'OnlyFans'", "Who stole these strawberries?", "This is so embarrassing?", "This is disturbing", considering that these reactions are not the sharpest , there are worse, rude comments.

Zakharova: The death penalty is a clear example for all mercenaries

Zakharova: The idea of ​​delivering nuclear weapons to Ukraine endangers the people of Poland

20 thousand people lived in the ancient Turkish underground city: It was discovered by "curious" chickens

Mirjana Josifoska, designer: The use of materials of natural origin is part of the DNA of my brand

Active during the summer: Three exercises in the pool that will regenerate and strengthen your body

The three most popular beaches of Thassos are closed to tourists