VIDEO | Zaev from Ohrid: SDSM in the second round will support the candidates of the coalition partners 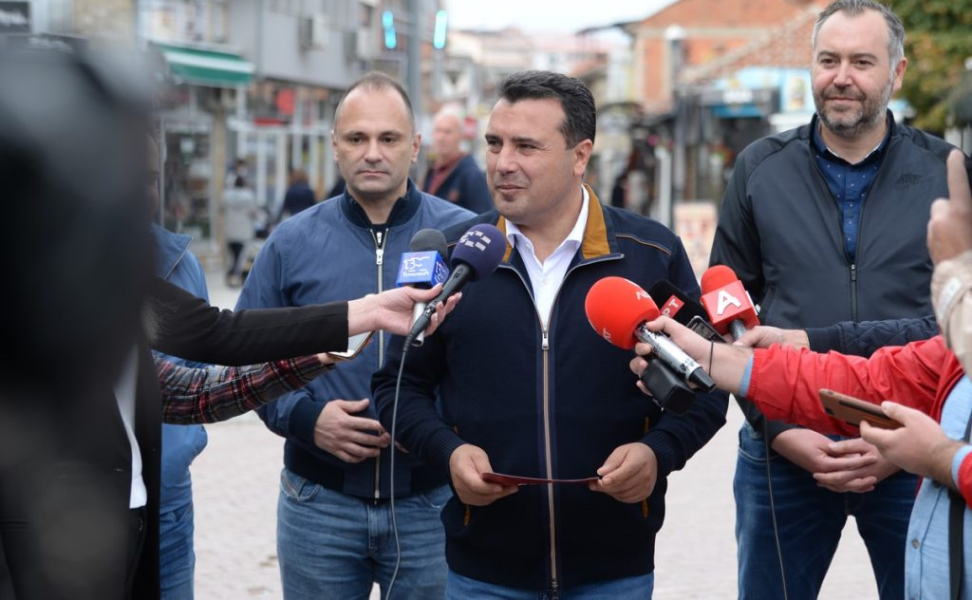 "Wherever SDSM does not have a candidate for mayor in the second round of the Local Elections 2021, and the opposition is on the opposite side, the support of our membership will be for the coalition partner," said SDSM President Zoran Zaev, who was in Ohrid today.

- The coalition government and the national coalition are stable, with the hope that it will strengthen in the future. We sent a clear message of democracy and freedom in the determination of the lists, even to the citizens through the independent lists. But in the second round we unite. In the municipalities where we are present only the coalition partners, such as Dolneni, Aracinovo, Caska, in such circumstances we will try to win as SDSM with a positive campaign and promotion of our projects. Where the coalition partners DUI and BESA are, we leave the citizens, of course they decide for themselves, of course our members are instructed to vote freely on what is best for their city, said Zaev, emphasizing that this is a principled approach that befits European coalition, a European country expressing confidence that the citizens through their support will value it with their votes.

Regarding the candidacy of Ramiz Merko, for whose work he personally had remarks as Prime Minister, Zaev said that after the remarks, there were many changes.

- After my appeals on behalf of the future of Ohrid, and even of Macedonia, there were many changes to take steps to confirm the status in UNESCO. At that moment we were not satisfied with the mayor of Struga, but with a delay of a week, he started two because Ohrid not only to the people of Ohrid, but to everyone… We all have to serve the citizens, sometimes we may be criticized because Some people do not like that, but everyone knows that it is good for the city and it is really done that way, said Zaev.

He said that Merko has the support, I believe that that natural support will make him a winner, and that the critics are healthy, welcome, through them we learn so that we can better and more efficiently serve the citizens.

- Merko has an obligation to continue working on removal. You know UNESCO gave us a period of two years before us, to sort things out, they will not forgive us. Ohrid belongs to the people of Ohrid, Struga, to all of us, it is a world treasure and they will not allow us to move even an inch. "Whether it is Zaev, Kosta, Ramiz or anyone, our obligation and duty to future generations must be so," said Zaev.