VIDEO: VMRO-DPMNE celebrates in Ohrid, Kiril Pecakov claims to have a lead of 2.000 votes after the first round 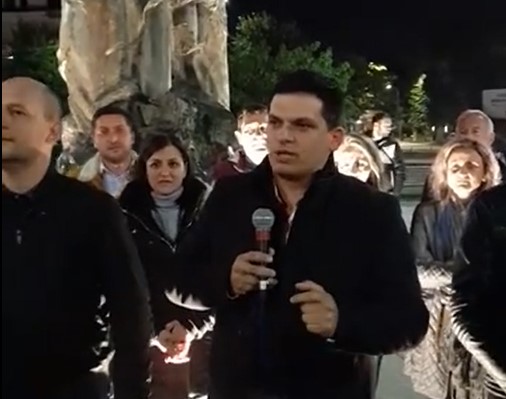 Kiril Pecakov said that after the first round, the lead before SDSM is 2.000 votes, while after the second round, that difference will be 4.000 votes.

Hundreds of VMRO-DPMNE members and supporters are celebrating in Ohrid Square tonight, after the party announced that its candidate Kiril Pecakov had won the first round of mayoral elections.

"Everyone living in Ohrid unequivocally sends their support to VMRO-DPMNE," Pecakov told the VMRO-DPMNE election headquarters, adding that the difference between him and his opponent, incumbent Mayor Konstantin Georgievski, was "huge".

He said that after the first round, the lead before SDSM is 2.000 votes, while after the second round, that difference will be 4.000 votes.

According to official data from the SEC, By 23:25, about 3.835 percent of the votes were counted, of which Pecakov won 2.955, while Georgievski won XNUMX..