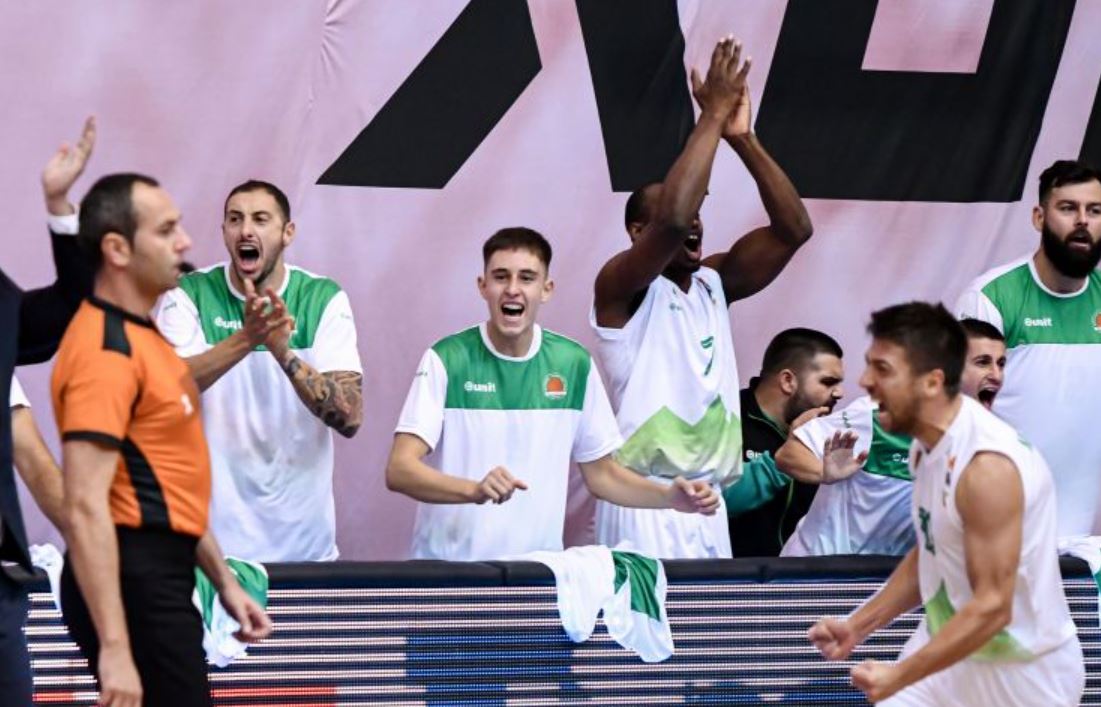 Great triumph of Bitola Pelister in the ABA2 league, today convincingly with 93:73 triumphed over Sutjeska on the first "balloon" this season.

A "new" Pelister appeared in the hall in Serbia where in the past five days the first of the five planned so-called "Balloons" against the second representative from Montenegro.

The announcement for such a thing was sent by the great duo, Stajic-Mladenovski, for whom the opposing defense had no solution in the first quarter of the match that closed the second round of the regional competition.

Their "pick-and-roll" game was unstoppable for Sutjeska's basketball players. But, not so "visible" on the result, at least in the first ten minutes in which Pelister had only minimal (24:23).

In the sequel, ie the second quarter, the "green and whites" had a constant lead, but once again did not use the excellent offensive approach. They gave 51 points in the first half, but they were not the best in the defensive segment. They received 47, so the advantage was expressed with only four points (51:47).

But, because of that, the people of Bitola paid for all their work after the break. The third quarter was especially good in which Pelister was left without its coach, Marjan Ilievski, but Mladenovi „" appeared ", who further accelerated the game.

He created even more serious problems in the defense of the team from Niksic. Now how noticeable on the scoreboard that said that Pelister has 78, and Sutjeska 15 points less, ie 63. Here it became clear that Bitola Pelister has something to say in this competition, that the first match was in the true sense - debut.

Among the scorers in the victory, Malesevic and Trajkovski had 16 points each, and for the Montenegrins, 23 points were the work of Tomasevic, Spasojevic scored three less.

We are waiting for November 8, when the second "balloon" is on the program, in which the Macedonian derby MZT Skopje Aerodrom - Pelister is planned. The duel of the Macedonian representatives in the ABA2 league will be played two days later, on November 10.

Bardi was left without a coach, Levante fired Pereira

Italians repeal the law that "returned" the football stars in Serie A.

Al-Kalaifi is convinced: Mbape will win the "Golden Ball" as a player of PSG