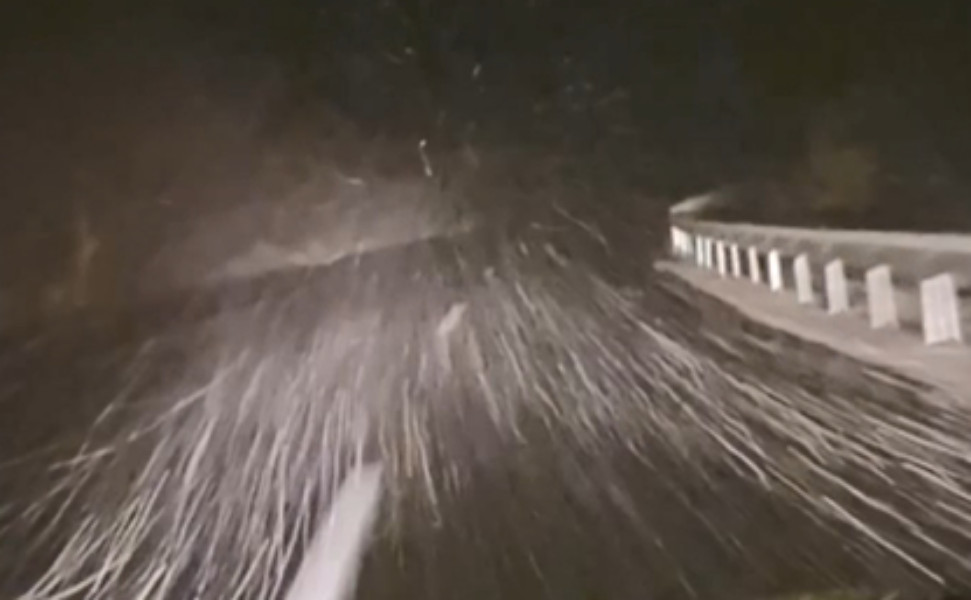 It is currently snowing on the Pletvar mountain pass, so careful driving is recommended.

"Due to cooling at altitude, in the evening and at night the precipitation will change to snow in the higher places and in some of the lower places, mainly in the western parts. On the mountains, the snow cover will increase, and a small snow cover will also form in the higher places in the western parts", announced the Administration for Hydrometeorological Affairs for tonight.

For tomorrow, on the other hand, the forecasts say that in the morning hours, snow will blow in some places, and during the day we will expect changeable cloudy weather with sunny periods. Blows weak to moderate wind from the north direction.

The teams of the Public Enterprise for Maintenance and Protection of Main and Regional Roads - Skopje announced that they are monitoring the condition of all road routes and mountain passes throughout the country.

"Preventive measures have been taken in a timely manner by sanding all the sections where low temperatures and snowfall are expected", announced from "Macedonia Path".

They also appeal to all road users to wear and use winter equipment and to adjust their speed according to road conditions.

The first snow for this season it fell on November 6, on the Pelister peak of Mount Baba.

Grkovska met with Escobar, informed him about the progress of the fight against corruption

Gashi says that there is room for compromise, but he will wait to see what SDSM and AA will agree on

Another hospital ward for cancer treatment is opening in Skopje