VIDEO: Vardar is closer to the quarterfinal battle with PPD Zagreb 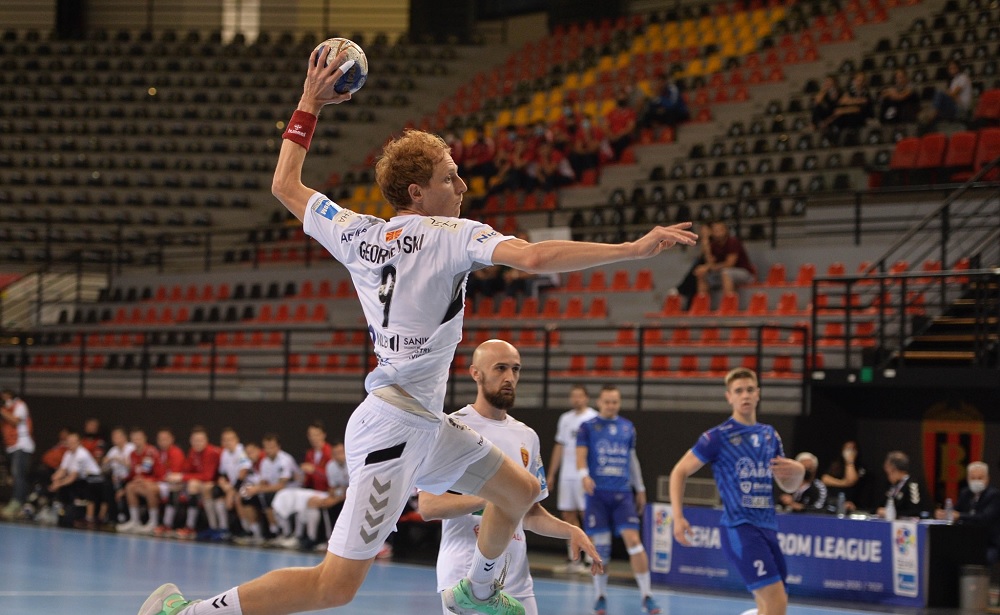 Vardar 1961 announced in the first match that it has a higher quality, and it proved that in the first 60 minutes to enter the quarterfinals of the SEHA League. Today in SC "Jane Sandanski" - Skopje, the "red-blacks" against Metaloplastika from Serbia recorded a convincing victory of 39:31.

Vardar had a bad start to the match, but after 30 minutes was played, it had an advantage of five goals. He had the first goal from his third attack to reduce it to 2: 1. At the start, the Serbian team surprised by leading with the highest four goal difference, 6: 2 and 8: 4, but from those moments Vardar started to "wake up".

With a series of 5: 0, the players of Stevce Alushovski made a complete result reversal when they took the lead with 9: 8, thanks to the cheerful Robin Cantegrell who had seven saves until the middle of the first half, as well as Jotic, Dibirov and Stoilov who filled the opponent's goal. In 19 minutes, Vardar had a two goal difference (12:10), but the opponent returned with two goals and leveled the score at 12:12.

Then followed the quality of the Skopje club which by the end of the first part made a new series of 5: 1. Two goals in a series by Taleski followed, so Valchak and Kantegrell scored an empty goal, for Jotic to increase it to 18:13 with a new goal. By the end of the first half, both teams scored one goal each, for a result of 19:14 at the break.

At the start of the second half, Vardar scored two consecutive goals, for the lead to reach seven goals difference (21:14). Kizic also played on the goal of our representative, who was also invincible, reaching four saves, while the most attractive goal was the work of Stoilov as an assistant and Taleski as a scorer. In the last 13 minutes, Vardar entered with an advantage of 31:24 and until the end of the match it was just a routine.

Jotic was the most efficient with 10 goals for Vardar 1961, and the goalkeeper Kantegrel and Kizic collected a total of 15 saves. The return match will be played on Tuesday at 16.00, after which the rival of PPD Zagreb in the quarterfinals of the regional competition will be officially known.