VIDEO | A school in Serbia banned shorts, a student came in a dress: I follow the rules 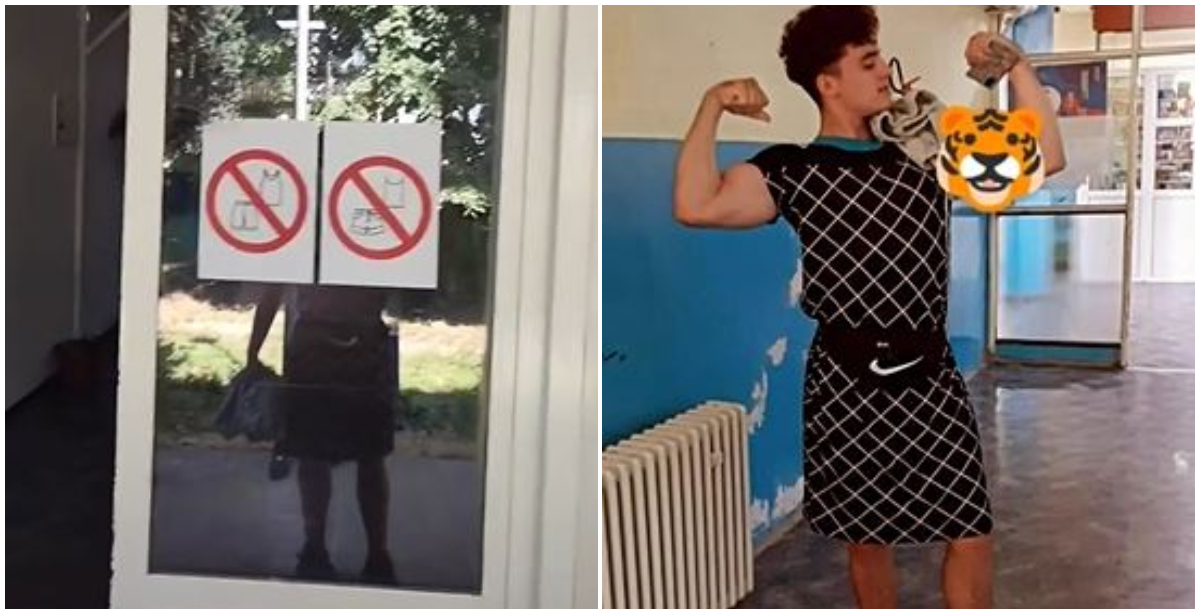 Pupil from Serbia recently posted a video on TikTok made at the end of the school year, in which he showed that he respects the rules of his school, but in a different way, writes Croatian Index.

According to the comments on the video that became a hit on social networks, it can be concluded that it is a high school in Serbia, which forbade students to come to class in shorts, so the student decided to come to school in a dress. The student who signs @TribTok @ stribog36 says that he followed all the rules.

"Isn't it allowed to go to school in shorts?" Not allowed. Brother, I come in a dress like a man. Come on, kick me out if. "How well it suits me," the young man said in the video.

His post garnered more than 800.000 views and over 100.000 likes in a matter of days. In the comments, he revealed that he took the dress out of his mother's closet, and followers had only words of support for him: "We call this a real man," "We like a man who is confident in his manhood," "Respect." "Favorite," "You're fine."

Joke of the day: Short circuit

Joke of the day: Isolation