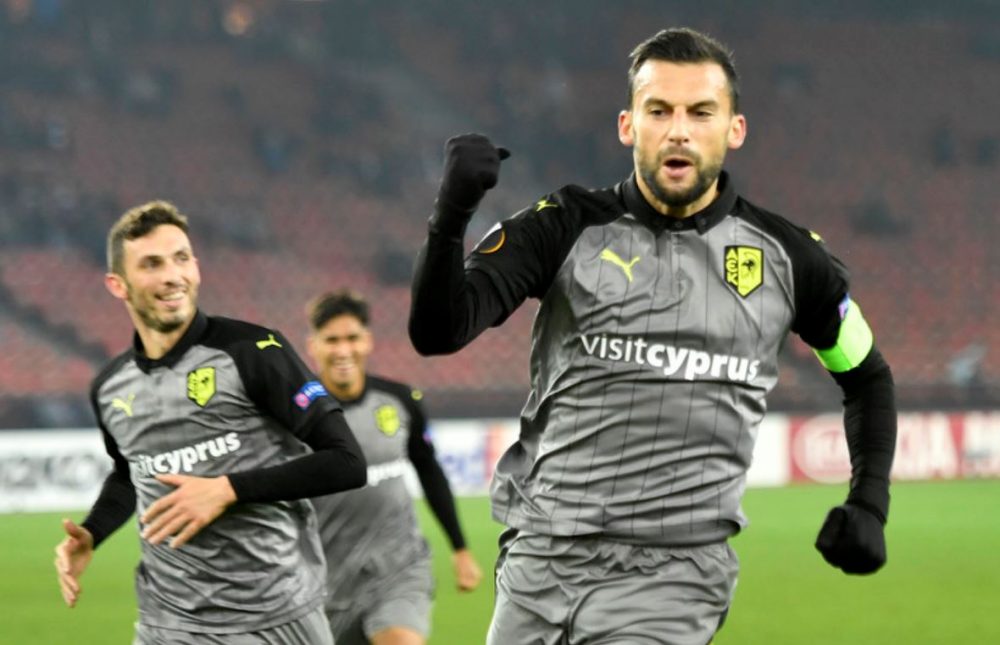 The former Macedonian national team player "breaks up" this season in the jersey of AEK Larnaca in Cyprus / Photo: EPA-EFE / WALTER BIERI

Ivan Trichkovski may have his best start to a football season in his professional career.

The 34-year-old Macedonian striker, who ended his national team career last summer, is currently in good shape in the AEK Larnaca jersey.

Today, in the seventh round of the strongest Cypriot championship, his club triumphed with 1: 2 against Anorthosis.

Trichko, who played until the 85th minute, scored the first goal for the guests in the 35th minute realized from a penalty.

It is already his eighth goal this season from a total of seven appearances so far, which rarely today a player can boast of such a powerful start.

VIDEO | Prof. Sharlamanov: Populists do not consider everyone a "people" - for them it is the "people" who support them

Dangerous Myths About Drinking Alcohol and Covid-19: Do Not Believe This!

VIDEO | Loncar: Sanctions for retailers who make marketing scams with discounts before the holidays

Family doctors react to new measures: No force to push them on a "needle"