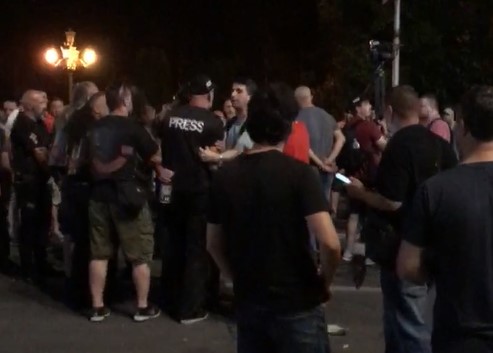 In an atmosphere of tension and a strong emotional charge, tonight the protests in front of the Assembly calmed down at times, and then flared up.

In the footage made by the "Sloboden Pechat" team, it is seen how a group of protesters attacked people with phantoms who were throwing objects at the Parliament and the police.

A few minutes later, the journalist team was also physically attacked by some of the gathered people, who had previously insulted the journalists.

A fight could also be observed between members of the "Night Wolves" motorcycle club and another group present at the protest, during which one man was beaten. The police officers present did not intervene in pacifying the incidents.