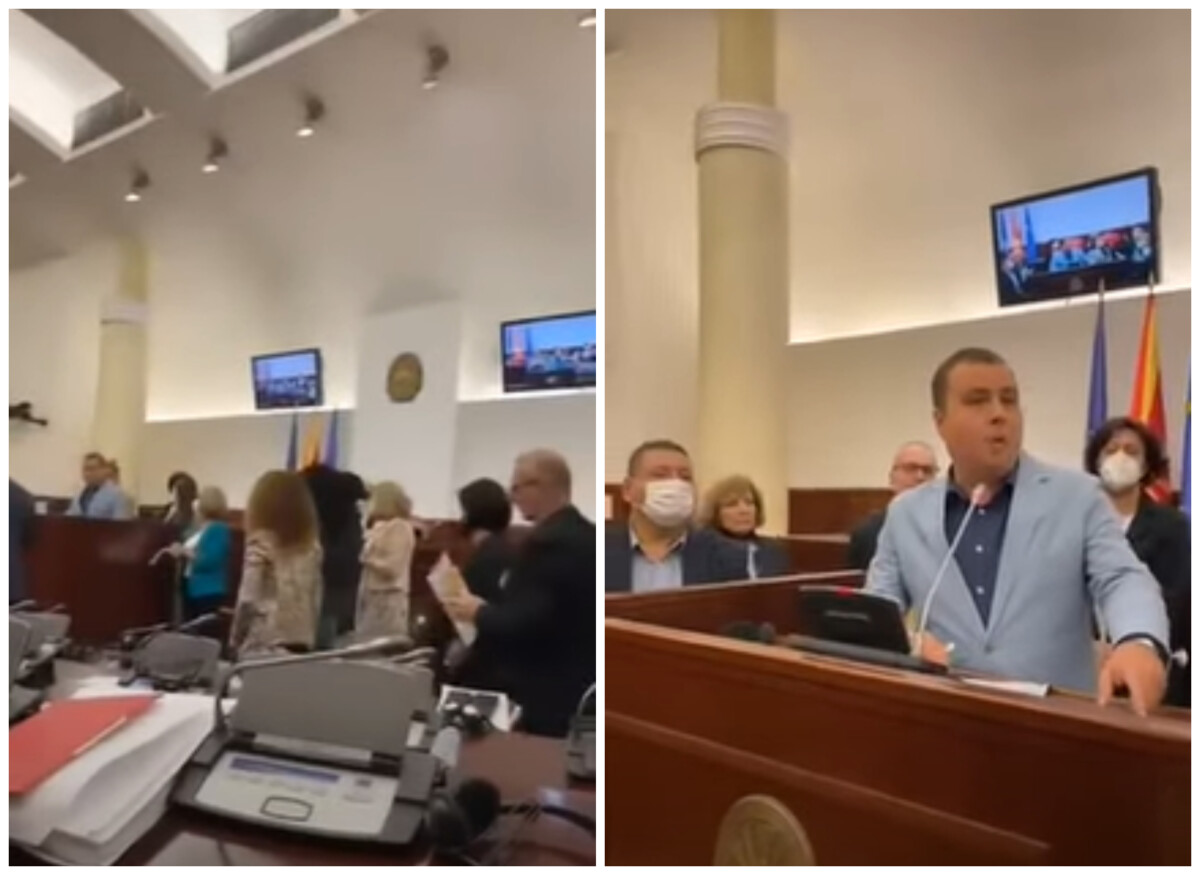 Tension atmosphere started the session of the Committee on Political System in the Parliament / Photo: Printscreen

The session of the Committee on Political System in the Parliament started in a tense atmosphere, where it can be seen on the video recorded by the opposition MPs, reports "360 degrees".

According to the recording, the opposition MPs gather around the rostrum in the hall "Boris Trajkovski", while GROM MP Ljupcho Prendzov talks about non-compliance with the procedures in determining the agenda for today's session.

- In the interest of the public, the people must see what is happening in this assembly, we can not allow SDSM leaders with their children and grandchildren to continue to protest the judiciary. There are no parties here, VMRO-DPMNE or SDSM has 0 places of corruption. We can not allow something in a criminal way, for which there should be a public debate, he says.

According to opposition MPs, journalists were not allowed to enter the gallery today, under the pretext that it was not in accordance with the covid protocols.

VIDEO | Xhaferi for MIA: Tassoulas expresses readiness to invest in efforts to open negotiations with EU

EC: Northern Macedonia is making progress in the field of foreign relations

Kasami: In the first round, the citizens gave a clear message that they are not satisfied with the current mayor and demand changes in Tetovo

Pendarovski on the occasion of October 23: To overcome the challenges of our time, to love and protect our country