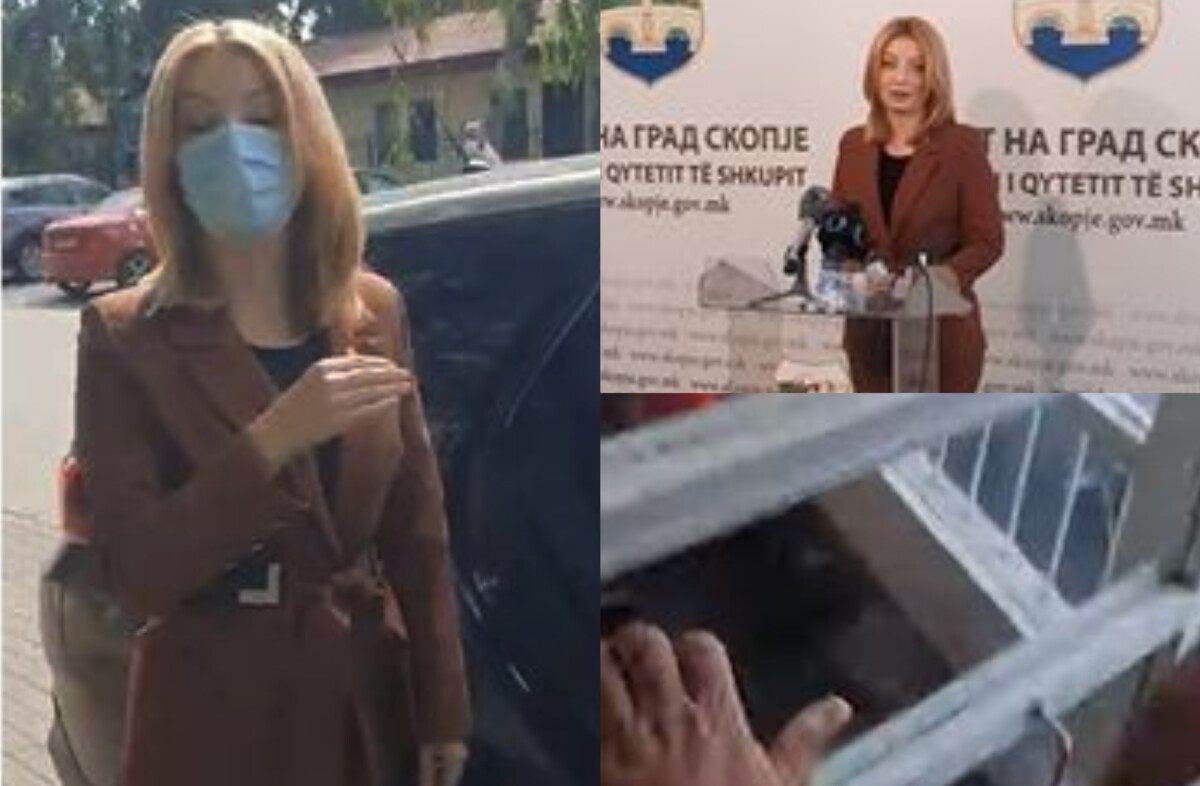 At today's signing of the Code for Fair Elections, which took place in the premises of the City of Skopje, an incident occurred after the independent candidate for mayor Danela Arsovska addressed the journalists.

Arsovska, who was 40 minutes late for the signing, later addressed the journalists and allowed journalistic questions, but not ones she did not like.

Namely, after the journalist Sase Ivanovski - Politico asked her questions about her political and social engagement, the candidate Danela Arsovska left the rostrum and interrupted the press conference. The journalist Ivanovski tried to get an answer to his questions, but was rudely pushed by Arsovska's bodyguards.

- I asked three questions to the press that she did not like and she literally ran away. I went after her to ask her and two people surrounded me, and then they hit me with their elbows, and she looked and did not stop them. As a journalist, you feel threatened in such a situation, you do not know if the bodyguard will hit you. With Mickoski, for example, I have never had such a problem. I will react to this incident to AJM and the OSCE, Ivanovski told us when we asked him to comment on the case.

We also asked the candidate for mayor, Danela Arsovska, for a comment. Her call was answered by her media representative Hristina Paneva.

- The situation was not such that Mrs. Arsovska did not want to answer the journalist. She answered all his questions, there were three or four at the press conference. We had to leave the press because we were late for a meeting. I tried to talk to him, to direct him to send other questions by e-mail, but he did not want to. I think we gave him enough space. It is important for us that the journalists are satisfied. "Danela has no security, and the people who were with us were a photographer, one in charge of social media and one of her relatives," Paneva told Sloboden Pecat.

VIDEO: Thousands of migrants from Mexico forced their way to the US border

The new Delta plus variant of the coronavirus shakes the world, here's why it's different

VIDEO | Zaev: I will withdraw if we lose Skopje, but the Government will continue to lead SDSM

Can there be cohabitation between the mayor and the councils if they are from different parties?