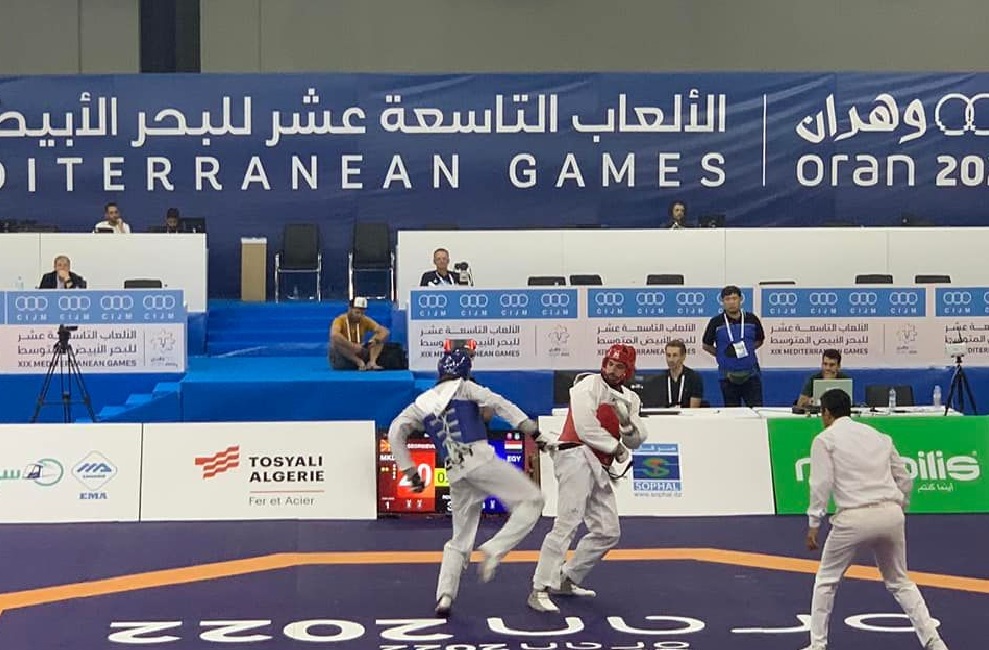 In an extremely uncertain fight, the best Macedonian taekwondo player secured the semi-finals of the Mediterranean Games in Oran, Algeria.

Dejan Georgievski in the over 80 kg category, he triumphed in the quarterfinals with a narrow score of 20:18 over Ahmad Mohammed from Egypt.

In the semi-finals (today 18.45:XNUMX Macedonian time) our competitor will compete against Ayoub Bassel from Morocco who eliminated the Turkish Emre Kutalmis Atesli with 9:6.

Ivan Sapina (Croatia) and Roberto Botta (Italy) will compete in the second semi-final.

He performed before Sanja Popovska which in the round of 57 in the category up to 7 kg. lost 5:XNUMX to Ashrakat Darwish (Egypt).