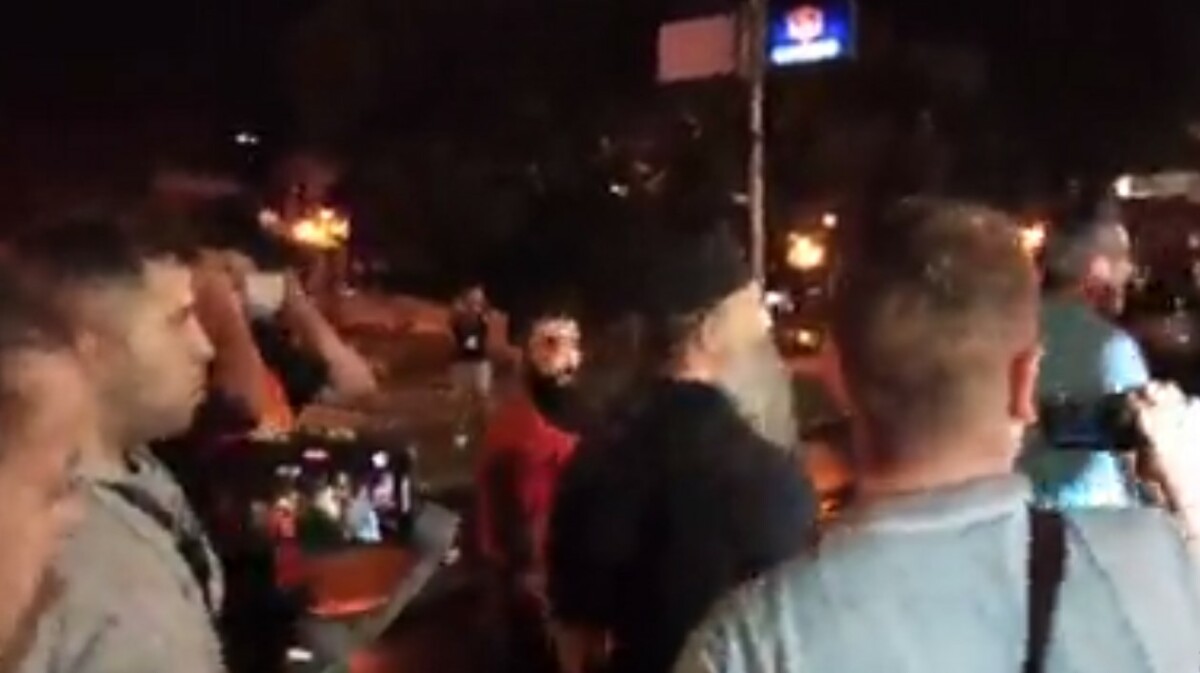 Tonight, a priest in a robe appeared in front of the policemen at the protest in front of the Parliament, where incidents occurred, and there were also injured and detained.

As can be seen in the recordings published on social networks, the priest, accompanied by a dozen people, unsuccessfully appealed to the police to release several young protesters, who were previously detained.

The protest started today in front of the Government, from where the protesters headed to march to the Assembly, passing by the Ministry of Foreign Affairs.

Tense was in front of the Parliament, where a small group of protesters broke down the protective fence and came to the entrance of the building, where they started throwing all kinds of objects, bottles, eggs, torches, firecrackers and stones - at the specialists and at the Parliament building, which they broke the windows from the front.

According to several media reports, four protesters were detained tonight, and several police officers were injured.

Osmani - Milkov: Commitments to continue cooperation in all areas of mutual interest