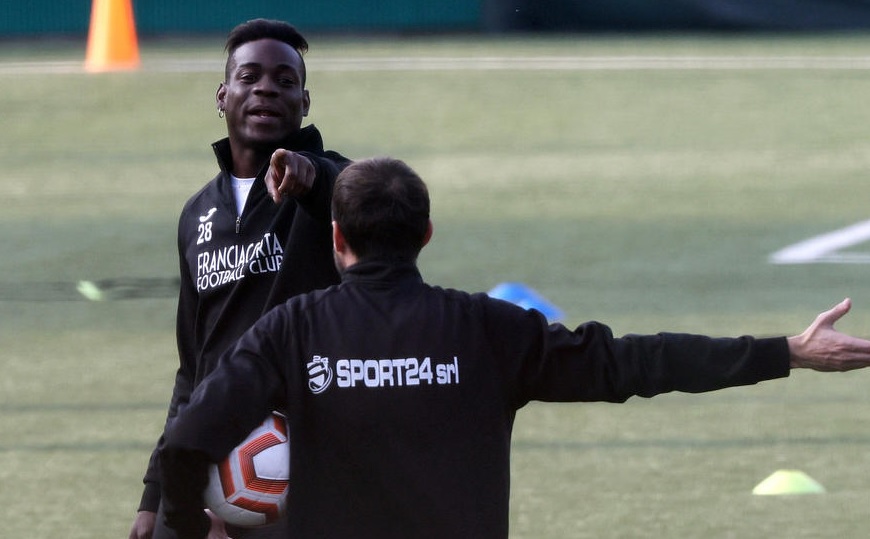 Besiktas and Adana Demirspor drew in the sixth round of the strongest Turkish league in Istanbul on Tuesday.

Mario Balotelli plays for Adana Demirspor and is in the spotlight again.

Immediately after scoring the goal, the former player of Inter, Manchester City, Milan and Liverpool turned to Besiktas coach Sergen Yalcin, pointing with both hands at his head.

Balotelli does not forget the moment when in 2013 Yalcin called the footballer "brainless" after a horrific move eight years ago in a Manchester City shirt against the LA Galaxy.

"Super Mario" was still looking at Yalcin, and he could not stand the provocations and wanted to get into a physical fight with the Italian.

In 2013 Sergen Yalçın called Balotelli brainless after his infamous miss against LA Galaxy, Yesterday, Balotelli got his revenge after his brace denied Besiktas a home win against Adana Demirspor.This is how Balotelli celebrated his goal 😂⬇️

Balotelli doesn't look like he's changed much. Here he is nearly starting a riot in Istanbul a few minutes ago.

Drops a little verbal grenade and then stands back to watch the chaos with a grin. pic.twitter.com/mBln3IaDC4