VIDEO | Stoltenberg: NATO will intervene in Kosovo if stability is threatened 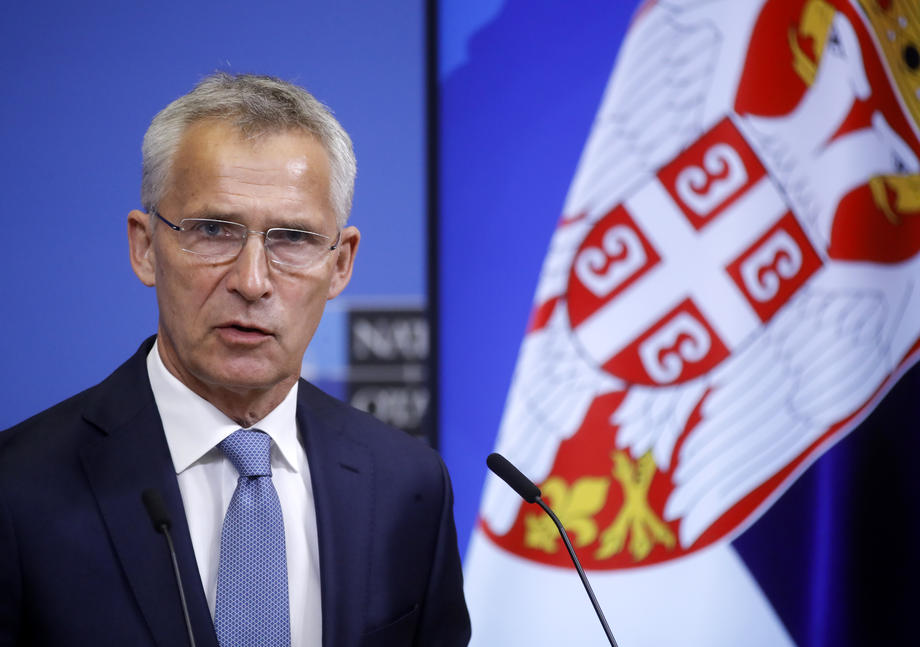 The President of Serbia, Aleksandar Vuќi. this afternoon he met with the Secretary General of NATO, Jens Stoltenberg, at the headquarters of the Alliance, they discussed the latest incidents in the north of Kosovo, the MIA correspondent from Brussels reported.

After Vucic, Stoltenberg is also meeting with the Kosovo Prime Minister this afternoon. Albin Kurti, on the same topic.

At the end of July, the situation in northern Kosovo heated up after the Kosovo government's decision to require Kosovo Serbs to enter with temporary documents, instead of Serbian identity documents, and demanded that vehicle license plates be changed from Serbian to Kosovo within two the month.

The situation soon calmed down, but no one in the region, as well as in NATO and the EU, excludes a renewed escalation.

This afternoon, the Secretary General of the Alliance, Jens Stoltenberg, said that KFOR, the NATO mission in Kosovo, is ready to react quickly and proportionately in case of escalation.

"The situation on the ground has improved," the NATO chief said, urging the leaders of both countries to avoid violence and escalation.

NATO, he said, will continue to monitor the situation closely.

"If stability is threatened, we are ready to intervene and ensure stability and security and free movement of all persons in northern Kosovo," said Stoltenberg.

For the head of the North Atlantic Alliance, the only way forward is dialogue between Belgrade and Pristina within the EU. Tomorrow, a new round of talks will be held in Brussels, this time between the two leaders – Vucic and Kurti.

"NATO is ready to intervene in the shorter term, we have forces there, they will be deployed where necessary, we have increased the presence in the north, I have been informed in detail about the possibilities of deployment, the response will be proportional," Stoltenberg said in response to a journalist's question about the details of a possible intervention.

KFOR has almost four thousand soldiers in Kosovo and NATO is confident that this helps to resolve the situation.

The President of Serbia, for his part, expressed his gratitude to Jens Stoltenberg for listening to the Serbian side. Vucic strongly rejected accusations coming from Pristina that the Serbian army and police illegally crossed the border, or the administrative line as Belgrade officially calls it. The Serbian head of state said that these were lies and thanked NATO for not making similar accusations against Serbia.

As an argument that the Kosovo side is "spreading falsehoods", Vucic said that "for months" warnings have been heard that Serbia "will invade neighboring countries".

"We hear about the possibility of Serbia invading some other countries in the region, but we see that this has not happened so far, they really lied," said Vucic.

Vucic stated that he is confident that thanks to Serbia's good communication with KFOR and NATO on the ground, a serious escalation was avoided at the end of June, he reiterated that he respects the NATO mission in accordance with the resolutions of the United Nations and that he is in constant contact with the mission.

Finally, the Serbian president rejected speculations that permission would be given for a Russian military base on Serbian territory.

"Serbia does not need anyone's military bases, it is neutral and only wants to secure its sky, land, territory and population," said Vucic.

There is no indication that Russia will reach for nuclear weapons, the White House says

Bislimoski says that he has taken a "set of measures" to prevent electricity from becoming more expensive, to analyze and will take others