VIDEO: The stadium in Tirana where the final between Roma and Feyenoord will be played 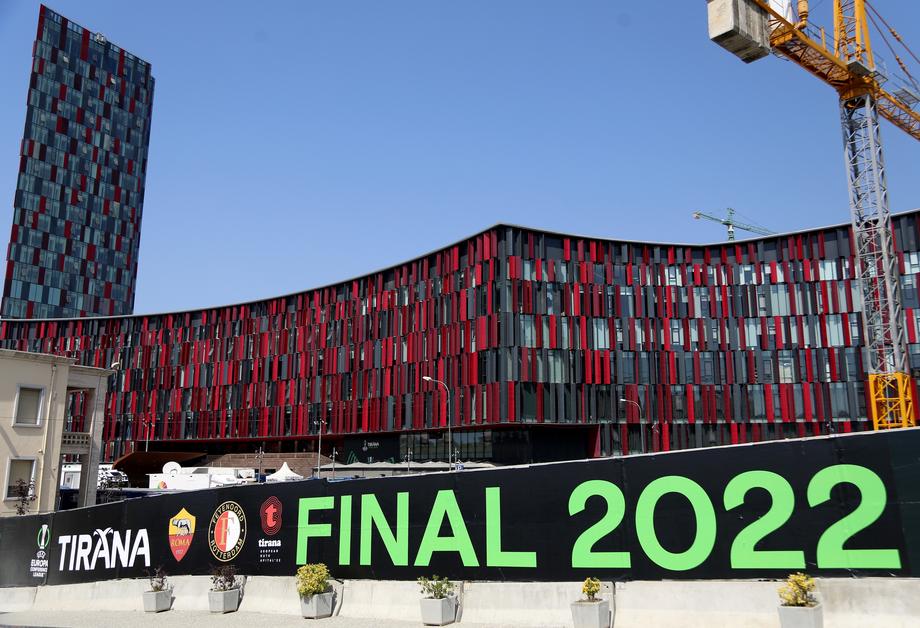 Roma and Feyenoord will play the final of the first season of the Conference League tonight at 21.00 pm in Tirana, Albania. Jose Mourinho's players knocked out Leicester in the semi-finals, while the Dutch were better than Marseille. Roma will chase the first European title since 1961, while Feyenoord won their last European trophy in 2002, when they beat Borussia in the final of the then UEFA Cup.

The match will be played on Air Albania Stadium, which due to UEFA rules must not bear the sponsorship name, so for the needs of today's match will be called National Arena. It is wonderful stadium for 22.500 spectators, which was opened in 2019, and in addition to the Albanian national team, there are two clubs from Tirana - Dinamo and Partizani.

Since 2010, the Albanian government and the local football federation have been working together on an agreement to build a new stadium.

Three and a half years have passed since the beginning of the planning until the first match in November 2019 at the new stadium. The project's budget was initially € 50 million, but the costs increased, so the stadium eventually cost € 85 million, of which around € 10 million was paid by UEFA through Hattrick program.

Extremely modern design of the "Air Albania" stadium, when viewed from the air, is reminiscent of the shape of the territory of Albania. The construction is dominated by a 112-meter tower located in one of the corners of the stadium, where the Tirana Marriott Hotel has 80 rooms. The stadium also includes business premises covered with boards in the colors of the Albanian flag and all other ancillary facilities.

Boasting a 112m high tower in one corner, in 2022 it'll host the 1st @europacnfleague end.#UECL pic.twitter.com/cNLnEwp7zV

Designed by Marco Casamonti, the stadium sits right in the center of Albania's capital, fits 22,500 people, and has aa 112-meter tower in one corner.pic.twitter.com/NpY7i27oqM

This stadium is gonna be 🔥 #Tirana #final # Finalissima2022 🏆 pic.twitter.com/tDYUvKPBNV

Ronaldo is desperate, he wants to leave Manchester United