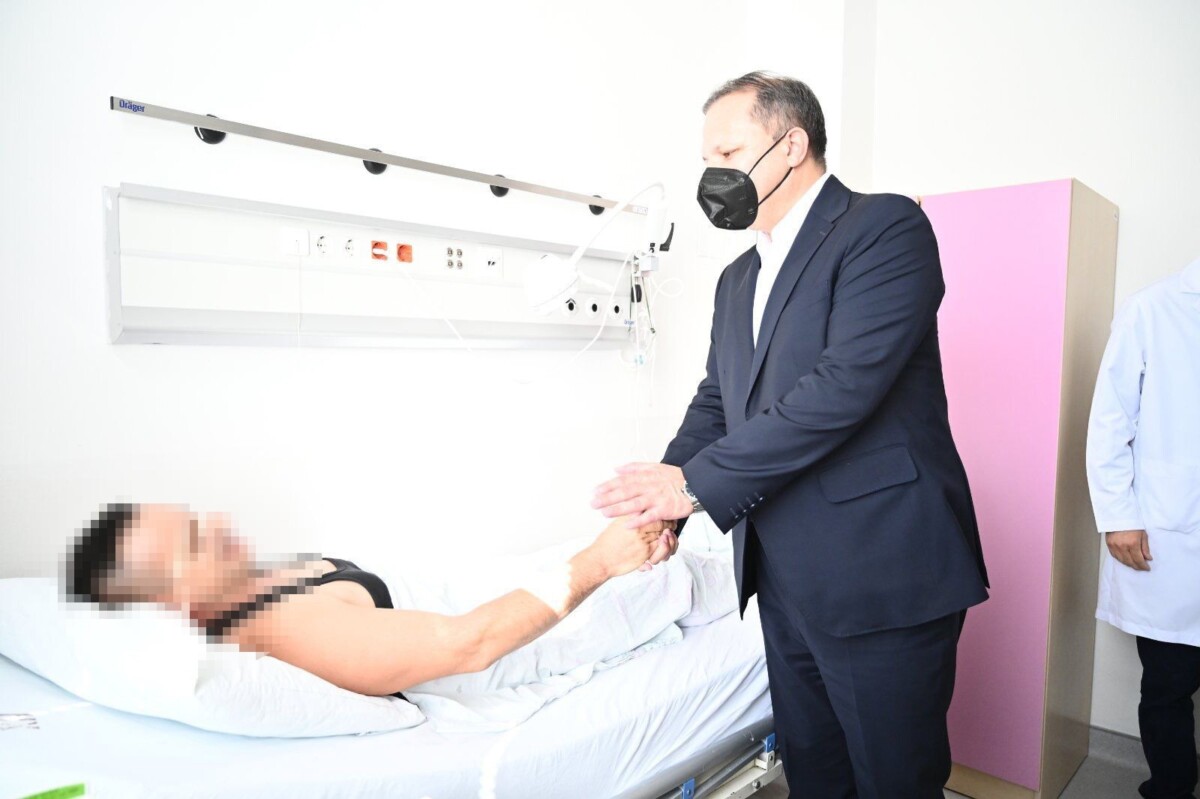 This morning, the Minister of the Interior Oliver Spasovski, together with part of the leadership of the Ministry of Internal Affairs, the Deputy Minister of Internal Affairs Nazim Bushi, the director of the Bureau of Public Security Sasho Tasevski, as well as the deputy director of BJB Arif Asani, visited the Neurosurgery Clinic the police officers who were injured in yesterday's public meeting in front of the RSM Assembly.

"Last night we witnessed a dark event, which turned from a public gathering as an inviolable democratic right into vandalism, a public gathering organized by opposition parties, where brave members of the police were brutally attacked, their lives were attempted while they were doing their professional work. duty to the Government, the Ministry of Foreign Affairs and the Parliament. That is why I strongly condemn the violence against police officers, and on behalf of myself and the leadership of the Ministry of the Interior, I express deep respect for the courage and heroism in defense of the security of state institutions, and I wish from the bottom of my heart a speedy recovery to all injured colleagues", stressed Minister Spasovski .

"During yesterday's protest, damage to the windows and facades was reported in all three buildings: the Government, the Ministry of Foreign Affairs and the Assembly of the RSM. In addition to this, the protesters broke 16 police shields, several protective police helmets and radio links, and a police house in front of the Parliament and a police vehicle were damaged. It is not a protest, nor a demonstration of patriotism. It is vandalism and working for a daily political agenda. "Classic violence against one's own country and its institutions," Spasovski pointed out.

Final convention of the SDSM in Tetovo, Kovacevski with the support of the initiative Tetovo loves a park