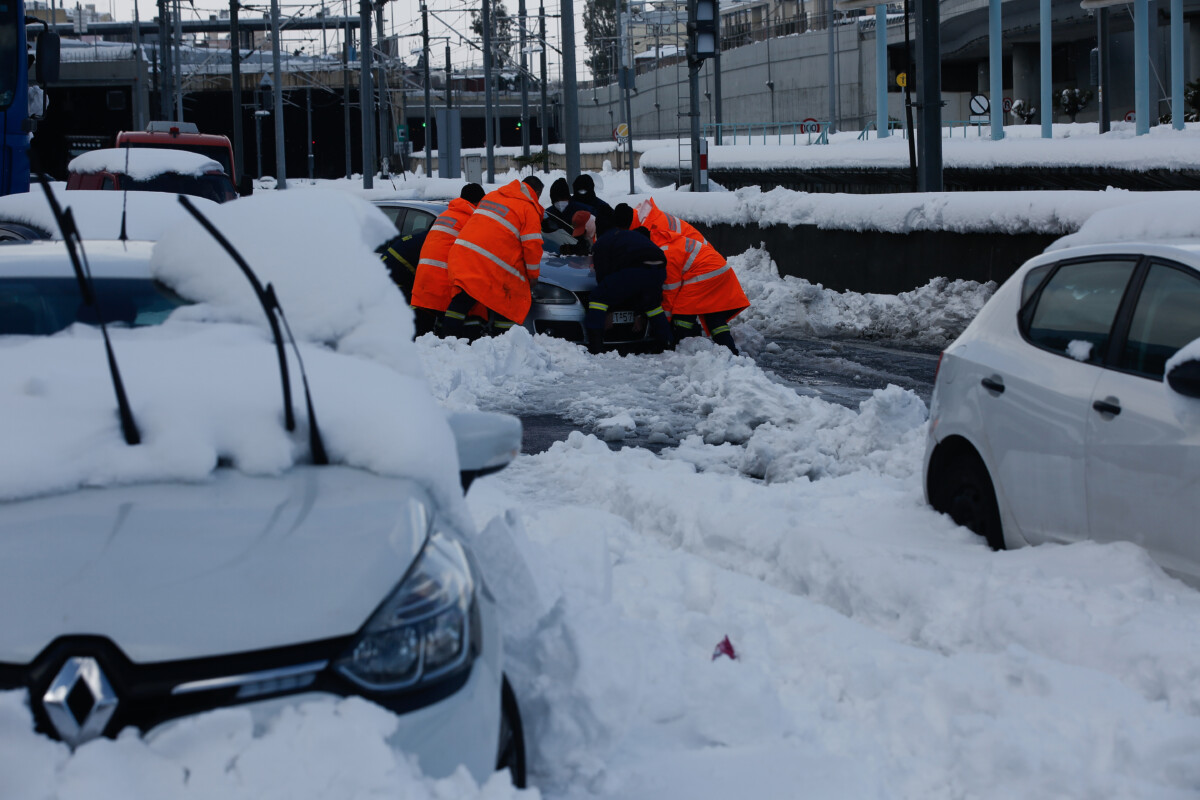 The storm in Athens and Istanbul created a huge mess / Photo: EPA

Rescuers in Istanbul and Athens have been digging snow and ice all day to clear blocked roads and rescue people trapped in their cars overnight after snowstorms.

Highways and streets in Istanbul have been blocked since yesterday after the storm arrived in the city of 16 million people, which stretches across Europe and Asia.

In some areas, more than 80 centimeters of snow fell, and many drivers who could not start their vehicles were stuck overnight in their cars or trying to walk to their homes, railways or subways, reports "AP".

This afternoon, all highways and main roads were reopened and passable, confirmed the Minister of Transport and Infrastructure Adil Karaismailoglu on his Twitter account.

In Athens, rescuers rescued about 300 drivers trapped on a highway connecting the capital with Athens's international airport.

Many drivers left their cars and continued on foot, and many headed to the nearest train station, skipping snow barriers.

The military was sent overnight to deliver food and water to those trapped in their vehicles and to help as many cars as possible be released and started.

Greek authorities say any driver trapped in a car will receive 2.000 euros in damages.

Compensation of 2.000 euros for the stuck drivers on the highway in Athens

Heavy snowfall has largely stopped today, with many streets in Athens blocked and several districts in the north of the city without electricity.