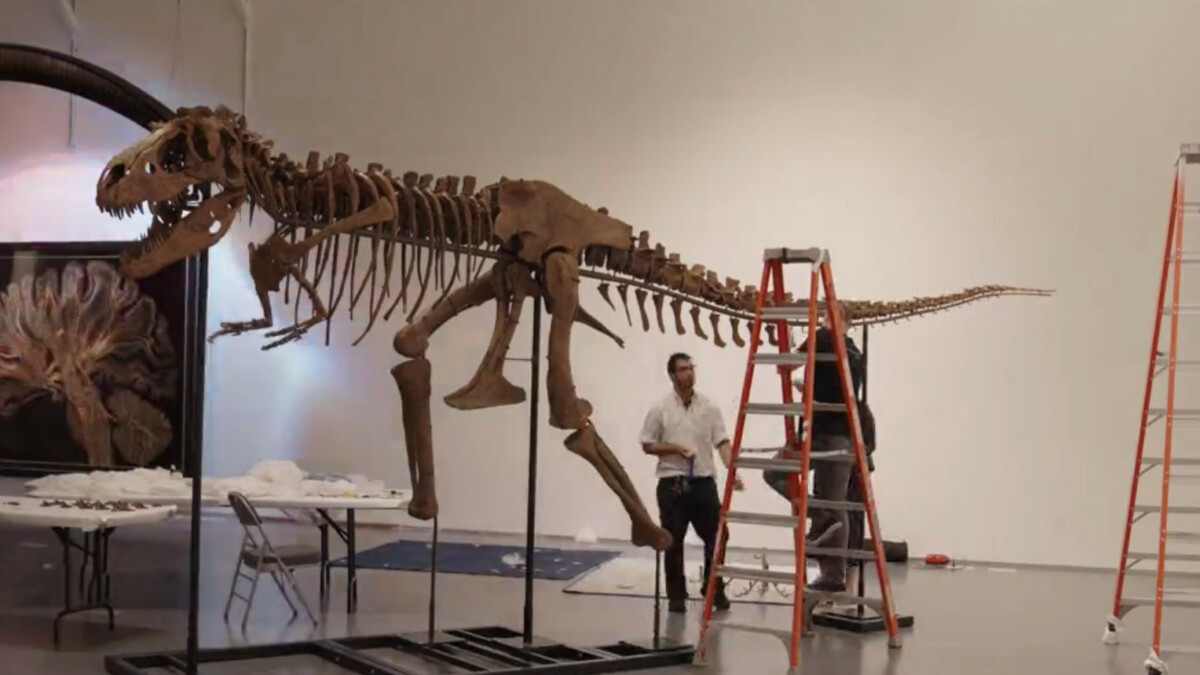 The Gorgosaurus roamed the earth approximately 77 million years ago. An adult male weighed about two tons and was slightly smaller than its better-known relative Tyrannosaurus rex. Paleontologists say it was fiercer and faster than the T-Rex, with a gristle strength of about 42.000 newtons, compared to 35.000. The skeleton was discovered in the Judith River Formation near Havre, Montana in 2018.

Measuring 10 feet tall and 22 feet long, meet the first ever #Gorgosaurus skeleton to be offered at auction. 🦖

Watch as our #Dinosaur is put together in our #SothebysNewYork galleries, open for viewing 21 July ahead of its sale in our #GeekWeek auction 28 July. pic.twitter.com/dqR9oIUh16

The skeleton of this species of dinosaur will be auctioned for the first time and is expected to fetch between five and eight million US dollars, Sotheby's reported. This is the first time Sotheby's has put an entire dinosaur skeleton up for auction since it sold T-Tex Su in 1997 for $8,36 million.

On July 28, the auction house will put up for sale the skeleton of a dinosaur three meters high and 6,70 meters long. Sotheby's says it is one of the most valuable dinosaurs ever to hit the market, reports "Forbes".

#auction #recommended #The Gorgosaurus #skeleton
Share
Video of the day