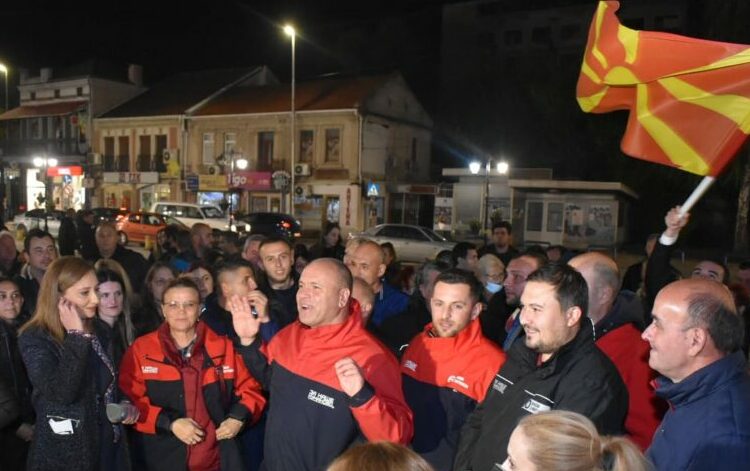 The current mayor of Kumanovo and an independent candidate for a new term, announced tonight from the City Square that he has a convincing lead in the first round of elections and that he is on the verge of victory, which according to him is certain in the second round of voting.

- As an independent candidate again supported by the citizens, I lead convincingly in the first round and I expect on October 31 to receive even greater support from the citizens and to confirm that. So far, in the analytical center, out of the total number of polling stations that we have processed, the concept "For our Kumanovo" has won more than 70% of the polling stations. said Dimitrievski in front of the gathered supporters who are celebrating.

- Together with the citizens of Kumanovo, we managed to defeat all political entities in the city, but unfortunately we were faced with great pressure. It has definitely been confirmed what we have been saying all along, that the MVRO is not a thing of the past in this country, but an MVRO per square, but with an "O" on the square back, and we will return the MOI to the citizens within the right framework by confirming this victory on October 31, added Dimitrievski.