VIDEO | Savovska: If there were no quotas, there would not be enough women in the councilor lists either 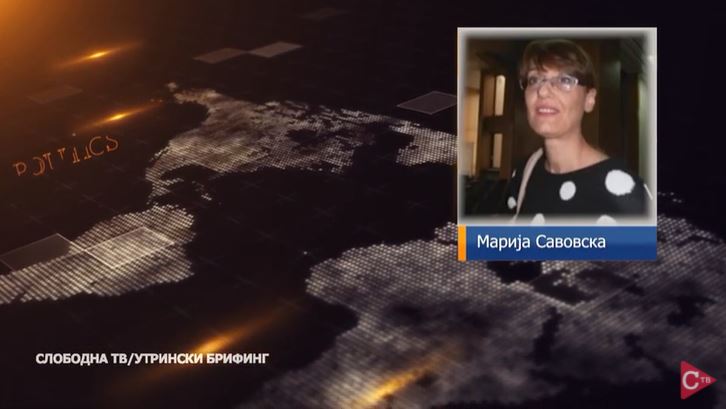 The fact that in the upcoming local elections out of 301 candidates for mayoral posts only 25 are women is an illustration that if there are no quotas, there will be no women in decisive positions, said Marija Savovska, president of the civil organization "Zdruzenska".

"For council seats we have quotas of at least 40 percent representation of women, for mayoral positions we do not have that and these data show why it is necessary to have reserved seats, because when it comes to women as public or political actors, we actually have total marginalization and absence from decision-making structures and processes. In fact, it only shows who can, to what extent and on what issues to decide. This number is so small because public space for women is not allowed and that is the problem we need to start dealing with, not only in terms of participation and formal aspects of politics, through political parties. What interests us most is civic involvement, which is a commonly forgotten topic and women's involvement or participation in decision-making processes and structures is always discussed during elections, with a focus on women's participation in formal structures through political parties or "on managerial positions in institutions", says Savovska for Utrinski briefing.

According to her, what is less talked about in public is the civic participation of women, those who are not privileged, ie insufficiently informed, or who are not organized in civic associations.

"It is important to show that we must not exclude half of the population from processes or decisions that affect them on a daily basis. They must be asked what the priorities are, how policies should be tailored and how resources should be used. At present, women are much more present in the parties than in what is meant by civic organization, unlike in the past when women were more organized, now active women's organizations are counted on the fingers. What our research shows is that the activation of women in public space, whether as citizens or through political parties, is conditioned by external incentives. Hence, the issue of civic participation is a priority for us as a precondition for a general assumption for democratization of society, because we consider it a challenge that the parties are insufficiently democratized and do not allow effective participation of women through those structures. "We are very far from equality in decision-making, in positions that really have power and control over resources and decision-making - there are no women there," Savovska added.