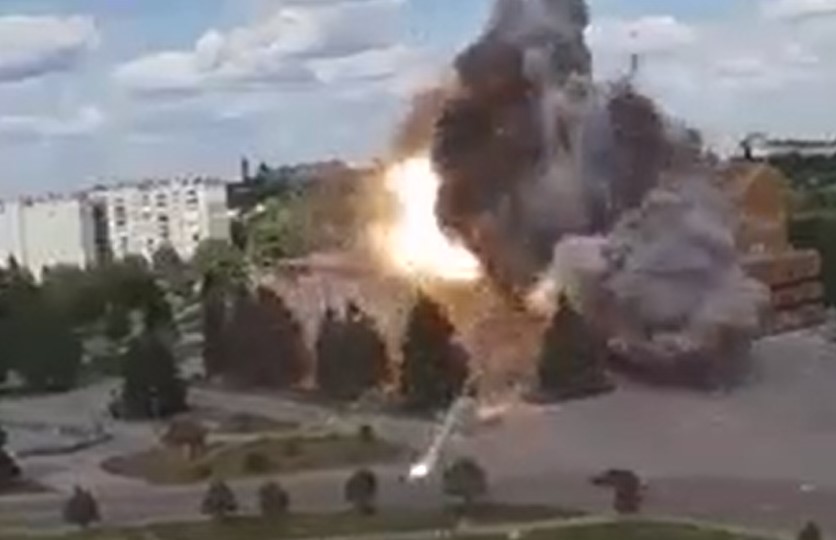 A rocket attack on the town of Lozova in Ukraine's Kharkov region has killed 11 people, the Ukrainian president said this afternoon. Volodymyr Zelenski.

The video that Zelenski posted on social networks shows the building and immediately afterwards the strong explosion and the cloud of smoke that rises above the building hit by a missile.

Zelenski wrote on Facebook that the building of the House of Culture in Lozova was rocketed and that 11 people were killed in the attack, including an 11-year-old child.

"The occupiers have declared culture, education and humanity as their enemies. They fire missiles and bombs at them. What is on the minds of people who choose such goals? "Absolute evil, absolute nonsense," Zelenski wrote.