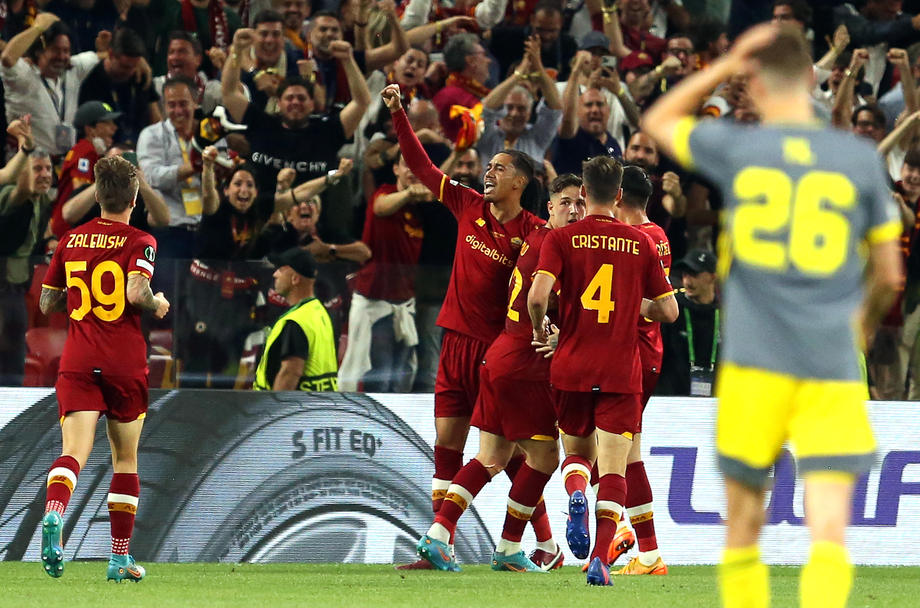 Roma is the first champion in the Conference League / Tirana, Albania / 25 May 2022 / Photo: EPA-EFE / Malton Dibra

The footballers of Roma are the first conquerors of League of Conferences, tonight in Tirana (Albania) celebrated against Feyenoord with 1:0.

It is the first European trophy for Roma since 1961 when they won the Cities Cup. In the meantime, he was a finalist in 1984 when he lost in the Champions Cup, and in 1991 in the UEFA Cup.

The Roman "wolf" triumphed against the Dutch with the goal of Nikola Zaniolo in 32 minutes, and thus the coach of the Italian club Jose Mourinho became the first to unite all the trophies in the UEFA international competitions.

The Portuguese managed to win the Champions League, the UEFA Cup / Europa League and the Conference League.

Although they lost the injured Henrik Mkhtarian after only 15 minutes, Mourinho's players managed to reach a minimal advantage in the first 45 minutes after the great combination of Mancini and Zaniolo.

Roma wisely left the initiative to Feyenoord, as the first half ended, the tension was felt on the field, and in one of the situations, Lorenzo Pellegrini received a yellow card.

Feyenoord had the first serious opportunity in the 41st minute, when Kokchu shot, but failed to beat Rui Patricio.

Already in the 47th minute, Feyenoord had two clear opportunities to equalize. First they had a tripod, and then after the second attempt Patricio reacted and sent the ball to the corner.

In the 50th minute, the best chance of the match was seen when after a great shot, Patricio bounced the ball to the post, and then to the corner. It was the only way to stop such a shot in order not to end up in the net.

Feyenoord continued to attack and seriously endanger the rival, but Roma managed to defend.

Roma skillfully used the drop in Feyenoord's concentration, the Roman club only occasionally threatened, at the beginning of the 86th minute Pellegrini threatened, but the Feyenoord goalkeeper reacted in time. In the second minute of extra time, the Dutch representative almost equalized after the careless reaction of Chris Smalling.

In the end, Roma triumphed with 1: 0, and in addition to the trophy, secured a place in the groups of the Europa League for the next season 2022/2023.

Zlatan has decided, he will stay in Milan next season as well

The government sent the French proposal to the Parliament, the working group is on the move to harmonize conclusions

Kovachevski: I strongly condemn the attacks on the police