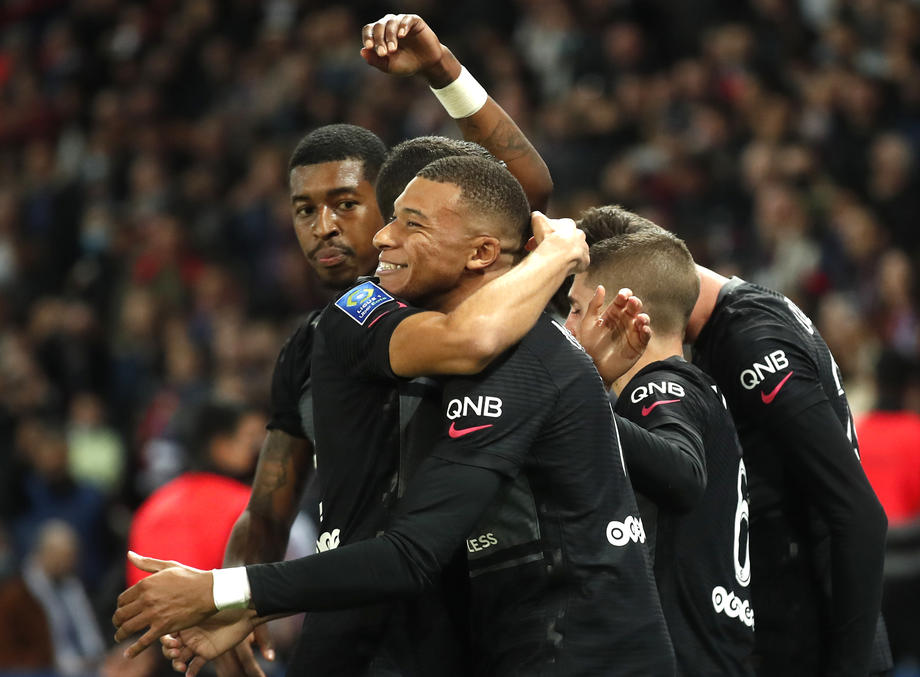 Today, in the 10th round of the strongest French championship, harder than expected, PSG defeated Angers 2: 1 at home.

Lionel Messi and Neymar did not play for the Parisian club due to their national team obligations in the World Cup qualifiers.

Their absence was definitely felt in tonight's match, and after the first 45 minutes, the hosts had a negative. Fulgini after the assist of Buffalo in the 36th minute brought a surprising lead to the guests.

Angers did not keep the advantage in the second half and missed the chance with a triumph to climb to the second place in the general classification.

First Danilo equalized in the 69th minute, and the assistant of that goal Mbape shot from the penalty spot in the 87th minute to set the final epilogue.

This is the ninth triumph for Pochettino's team for the first place in the table in "Ligue 1" with 27 points, nine more than the second-placed Lance who will have his match from this round on Sunday at Montpellier.

Mbape's goal is not offside, but UEFA will change the rules

Casillas raises his voice against Messi and the "Golden Ball"

VIDEO: With the return of Jokic, the victories for Denver are back

Northern Ireland scored 20 goals in both matches against Macedonia

Messi: Robert, you deserve the award, in 2020 you should have been the winner!

VIDEO | Krstevski: We did not play so badly to lose by a high margin