VIDEO: Protest in front of Capitol, there were more police officers than Trump supporters 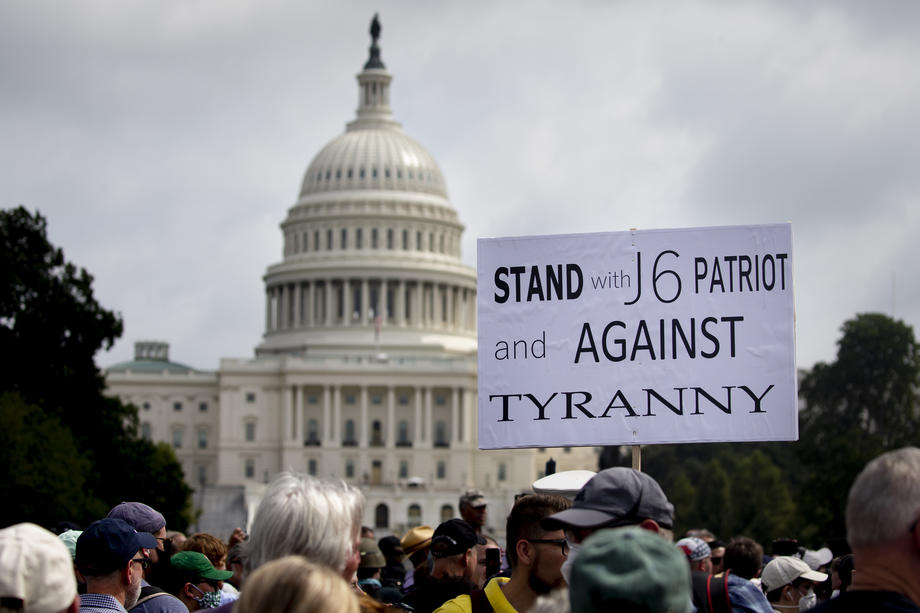 Protest of Trump supporters in front of the Capitol in Washington / September 18, 2021 / photo: EPA

Police around US Capitol today numerously overcome the protesters who came to support people who are judged because January 6 violently entered the headquarters of American democracy in an attempt to stop the confirmation of Joe Biden's election victory.

According to the media, only between 100 and 200 protesters appeared in the center of the American capital today, and some of them carried the flags of the right-wing group "Three Percenters".

The group is named after an alleged percentage of the population that successfully opposed British rule during the American Revolution.

But today far fewer than 700 people arrived in front of the Capitol, as organizers expected.

Hundreds of security forces patrolled the area of ​​the US Legislature, protected by a 2,44-meter-high fence, which was rebuilt six months later before today's protest.

Hundreds of members of the National Guard were on alert.

Supporters of former US President Donald Trump spoke at the rally, which was criticized for encouraging thousands to enter the Capitol on Jan. 6, where confirmation of Joe Biden's election victory, which Republicans called fraudulent.

His supporters insist the accused protesters are "political prisoners".

-This is a matter of justice and different treatment, said Matt Brynard, rally organizer who agrees with Trump's allegations of election fraud.

Macron: Algerian massacre is "unforgivable crime for the Republic"

Euromillion: A record profit of 220 million euros won in France