VIDEO: Search of the Ministry of the Interior in Gevgelija, drugs and ammunition were found 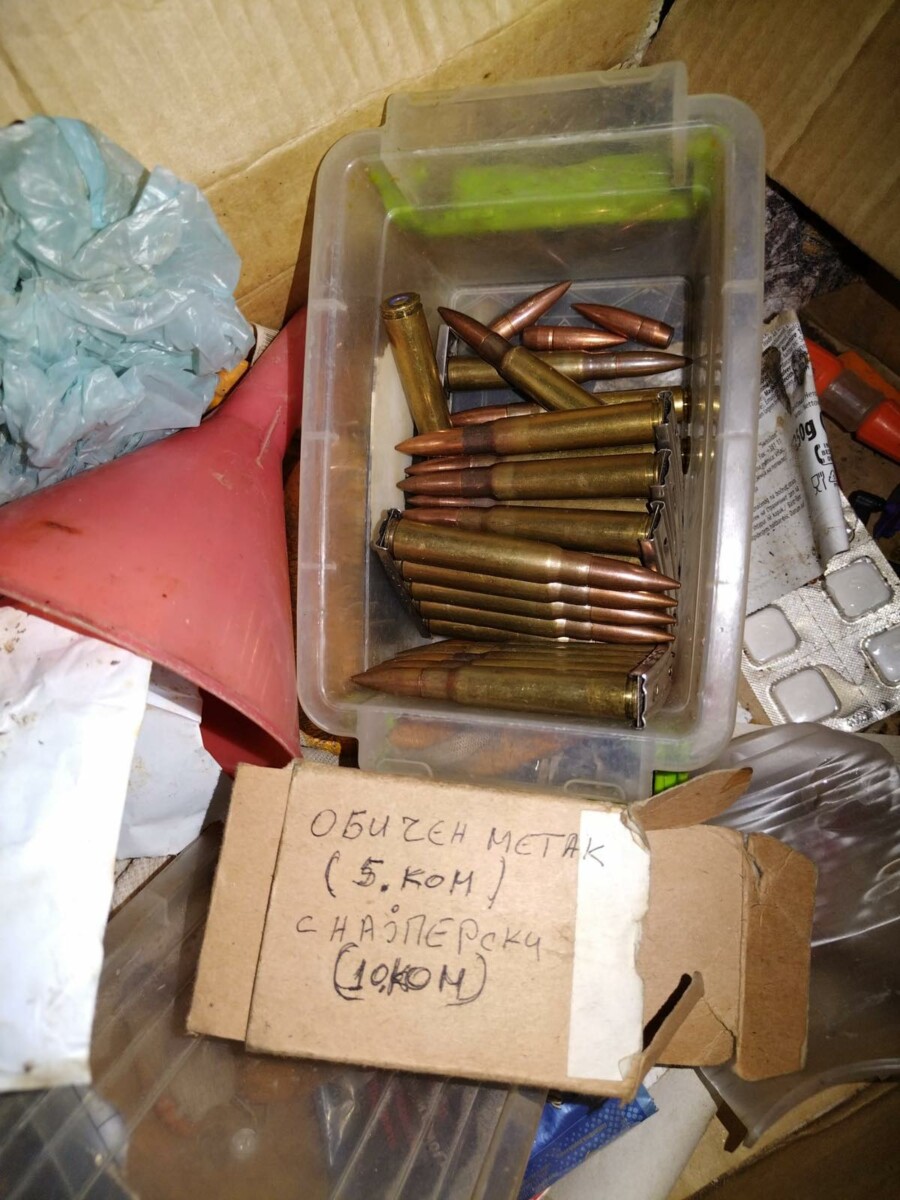 PHOTO-MOI: Weapons and ammunition found during a search of property in Gevgelisk

On 23.09.2022, police officers from the Department of Criminal Police, Department for Illicit Trafficking in Drugs, Weapons and Dangerous Substances in coordination and joint action with police officers from the Operational Search Team at SVR Skopje and the External Office for Criminal Affairs Gevgelija, following an order received from judge of a preliminary procedure from the Basic Court of Gevgelija, conducted searches in Gevgelija, during which two persons were deprived of their liberty.

During a search of a home and auxiliary premises in the village of Moin, Gevgelija, in which B.Gj. (46) from Gevgelija lives, a plantation with the cannabis sativa plant was found in the yard, and four packages of plant material - marijuana - were found in the living room.

In the period from 19.30:20.30 to 29:38, a search was carried out of a home and auxiliary premises in the same village, where A.K. (7,9) from Gevgelija lives, during which XNUMX rounds of XNUMXmm caliber bullets, eight rounds of grain were found. and one live bullet of unknown caliber.

The person has been deprived of his liberty, the public prosecutor on duty from the Public Prosecutor's Office Gevgelija has been notified, and after the completion of the documentation by the SVR Strumica, a criminal report will be filed under Article 396 of the Criminal Code.

The Ministry of Internal Affairs will continue at an unabated pace with taking intensive measures and activities to suppress the illicit trade in narcotic drugs and weapons.

A dealer from Skopje was detained, drugs were found in his home