VIDEO: Injured stork behaves strangely in the yard of a kindergarten, there is no one to catch him and help him 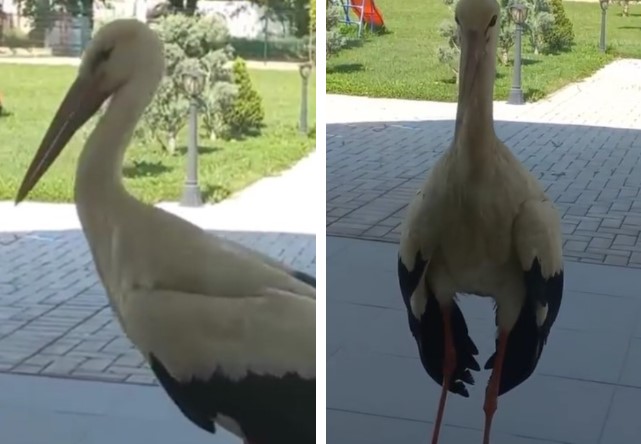 The stork has been circling around a kindergarten in the Tetovo village of Brvenica for several days, hitting the window panes with its beak and trying to get inside, say employees of the kindergarten, who turned to veterinary stations and the Skopje Zoo, but were told not to. competent to help.

The stork is already injured at the beak, and the employees were told to catch it themselves and bring it for examination.

They have also appealed to animal welfare associations, but are still waiting for a response.