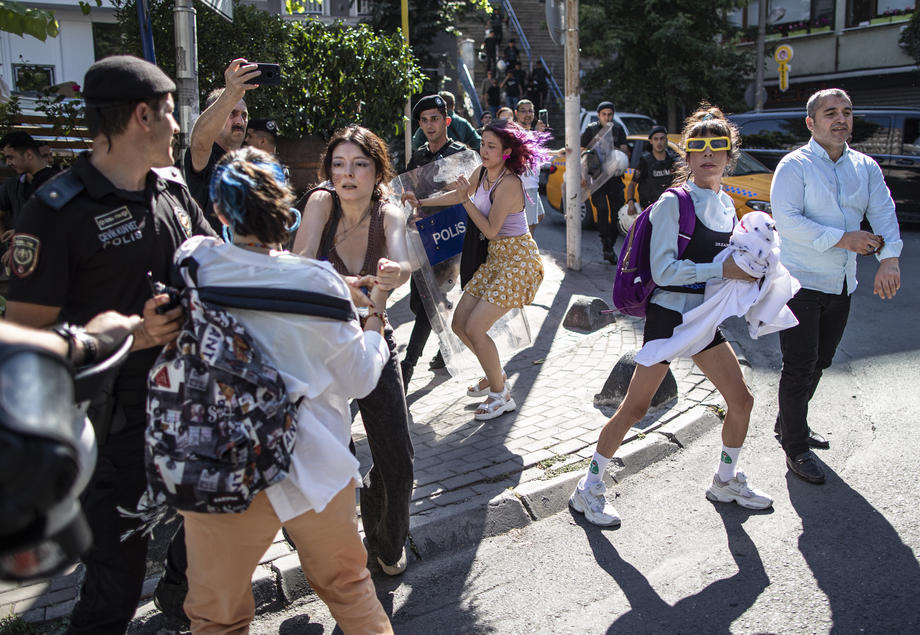 Turkish police today violently intervened in the "Pride Parade" in Istanbul and arrested more than 150 people, including a photojournalist from Agence France-Presse, world media reported.

Even before the Pride began, police raided several cafes in the Jigangir district and detained LGBT activists and journalists. According to NGOs, at least 152 people have been arrested.

As in previous years, the Pride Parade was officially banned by the city governor, but hundreds of participants with rainbow-colored flags still gathered in the streets around Taksim Square, which is completely closed to the public.

Following the spectacular 2014 procession in Istanbul, which was attended by more than 100.000 participants, Turkish authorities ban the Pride Parade year after year, officially for security reasons. LGBT associations accuse the authorities of knowingly and deliberately campaigning against this minority community.