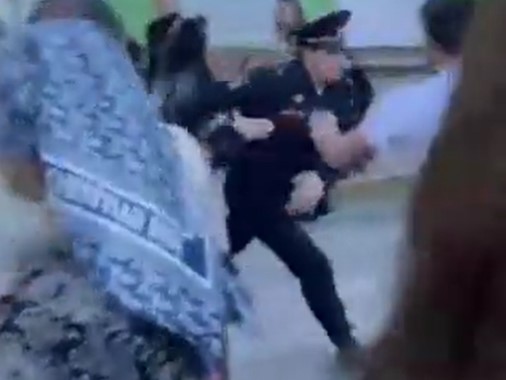 Large protests and clashes with the police broke out today in Makhachkala, the capital of the Russian republic of Dagestan, where citizens opposed the military mobilization for the war in Ukraine, which was ordered by the authorities.

In the numerous recordings of today's protests, you can also see unusual scenes. In one video, a group of a dozen women can be seen attacking a police officer, who begins to flee through the crowd.

Dagestan. Police officer is running away from women pic.twitter.com/fB2XgIcP8Q

Other footage shows police chasing protesters and conscripts through the streets of Makhachkala.

Protests against mobilization began in Dagestan. Protesters have blocked the road and are fighting back against local authorities. The situation is heating up. pic.twitter.com/U8jeyFUeQe

Nikoloski: Arsovska should find a solution with the carriers and not make politics out of it