VIDEO | After a two-year break, today again a prom parade in the square 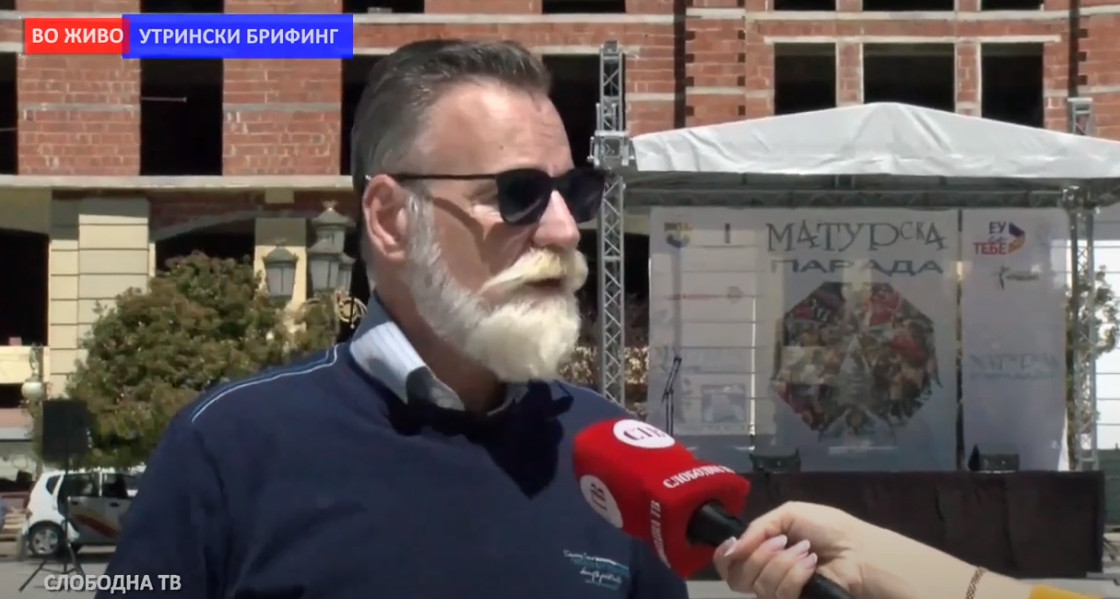 After a two-year break due to the pandemic, The prom parade will be held again today. The beginning is scheduled for 12 o'clock, and in addition to the traditional prom "Quadrille will be played and Salsa. The present graduates will be greeted by the Mayor of the City of Skopje Danela Arsovska, EU Deputy Ambassador Julian Vassalo and Dean of the University of Tourism and Management Sasko Dramatnikovski.

The director of the culture directorate of the City of Skopje, Nikola Gligorov at the morning briefing said that this year about 400 graduates will take part in the parade.

- The prom parade is part of a larger project that we called "May - month of graduates". In addition to the prom parade, there will be a meeting of Mayor Danela Arsovska with the best graduates. The official part of the program will start at 11.45. Exactly at 12 o'clock we will receive the signal from Radio Slovenia, which this year is transmitted in six countries, Slovakia, Hungary, Slovenia, Serbia, Montenegro and Macedonia, ie only in Skopje. "In the past years we had participants from all over the country and I hope it will be the same in the future, when we set a Guinness record seven times in simultaneous synchronized dancing of the same dance," said Gligorov.

The parade will meet graduates from different schools for the first time, and in order to be synchronized in the dance, they practiced dancing for almost two months in all schools separately. This year, about 400 graduates will take part in the prom parade.