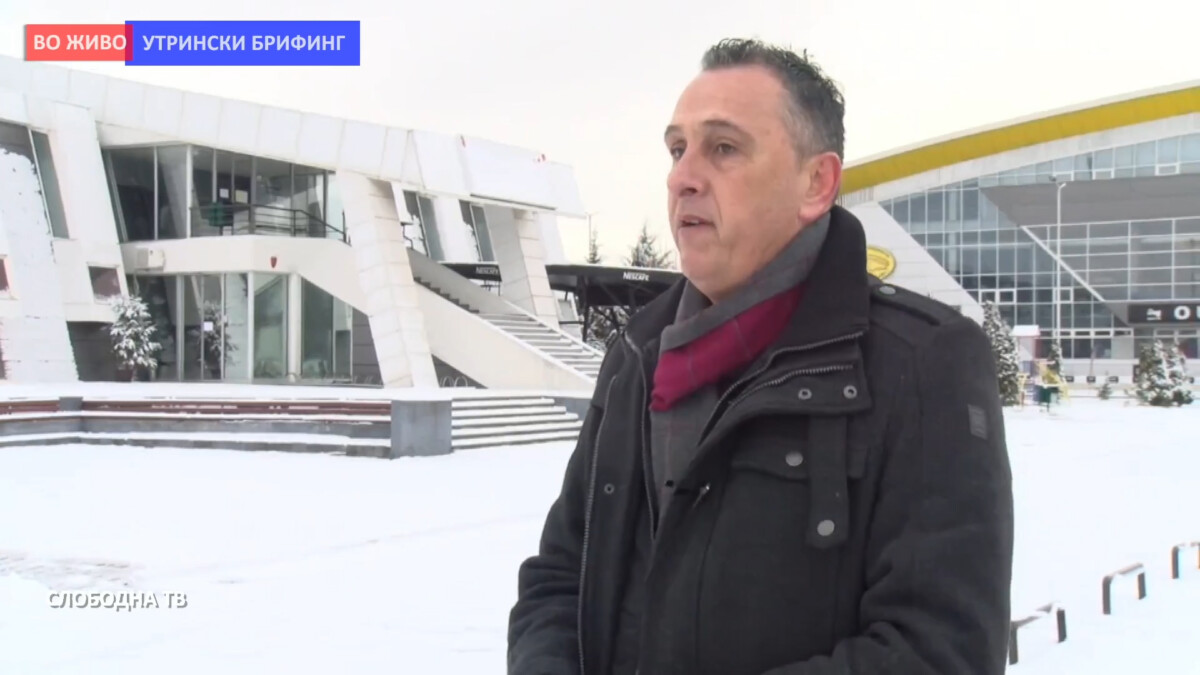 Goran Stojanovski - President of the Swimming Federation of Macedonia

It is sad to see the picture of the indoor pool "Boris Trajkovski" which has not been working since yesterday, he said today at the Utrinski briefing, Goran Stojanovski President of the Macedonian National Swimming Federation.

- Five hundred swimmers are currently left without a training process. Among them are national team members who represent Macedonia at world championships and the Olympics. In the next period, preparations are underway for the World Cup to be held in Japan in May. With the two-week break announced from the pool, the training process will go in the wrong direction, as swimmers will not be able to maintain their shape. This means that every day swimming break can not be supplemented with a month of hard training. These two weeks break will do great damage to swimmers. We are not looking for an instant solution but a permanent solution to the problem because we have the same problem every winter. The first two weeks of the year the pool does not work, and no one can guarantee that the heating defect will not be repeated. The state should start taking care of this type of sport, Stojanovski emphasizes.

At the moment, there is no other option where swimmers could be redirected, says Stojanovski.

- The capacity of the Olympic pool is 20 percent functional. Only a small trough with a depth of 80 cm to 120 cm works there. That's not enough at all to hold professional training. 150 to 200 swimmers also train there. If the swimmers who usually trained in "Boris Trajkovski" would train there, there would be chaos. Let us not forget that pEth sports swimming clubs and a water polo club from Kumanovo were also left without a place to train after the swimming pool in Kumanovo was closed due to the energy crisis. About 400 swimmers from Kumanovo are also left without the opportunity for training, says Stojanovski.

According to him, it is important for the state to find a solution to the problem, because these are objects of national interest.

The Swimming Federation has already informed the institutions about this problem, they reacted, so according to Fr.we are waiting for them to solve the problem as soon as possible. Until then, the swimmers will stay dry. The problem is more fundamental, not just the currently closed pools, but the lack of pools. There are many citizens who want to do recreational sports, which creates congestion in the pool "Boris Trajkovski". We expect the school pools that were announced to open, in order to enable recreational swimming, adds Stojanovski.