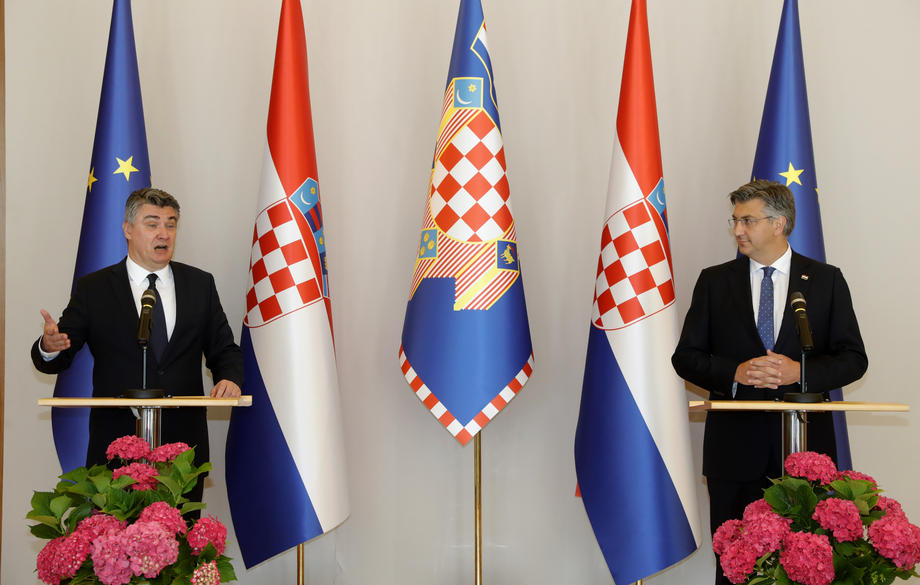 The Prime Minister of Croatia, Andrej Plenkovi. ѝ apologized to Ukraine behind the statement of President Zoran Milanovi. that it is one of the most corrupt countries and rejected his statements that he would withdraw Croatian troops from Ukraine because there are no Croatian troops in the country.

Milanovic said yesterday that "Ukraine is still one of the most corrupt countries in the world, that it is economically stagnant and has not received anything from the EU." He also said that Croatia "has nothing to do" with the conflict in Ukraine and that, if it escalates, it will withdraw "to the last soldier".

"As far as I know, there are no Croatian troops in Ukraine," Plenkovic said, adding that the Croatian army contingent in Poland had just returned.

- Milanovic's statements are unreal. His statement about Ukraine as a corrupt country is offensive. In this way, I apologize to the Ukrainians, on behalf of the Croatian Government, I apologize to Ukraine, one of the first countries to recognize the state of Croatia and which currently has occupied parts, as Croatia had, said Plenkovic.

Milanovic's statement that Ukraine has not received anything from the EU has been refuted by the fact that the European Union has so far provided 17 billion euros in grants and loans and announced new aid.

"At first I thought it was a Russian official talking," Plenkovic told reporters.

"As far as I could see, of course I did not see him as I usually do not see what he was saying, but I saw a summary, in that kind of sugar attack, they gave him candy there," Plenkovic said.

Asked by reporters whether Croatian soldiers, members of NATO, would take part in the operation in the event of a conflict, he replied: "Where do all these theses come from?"

He also confirmed that the Croatian army has no troops in Ukraine Croatian Defense Minister Mario Banozic.