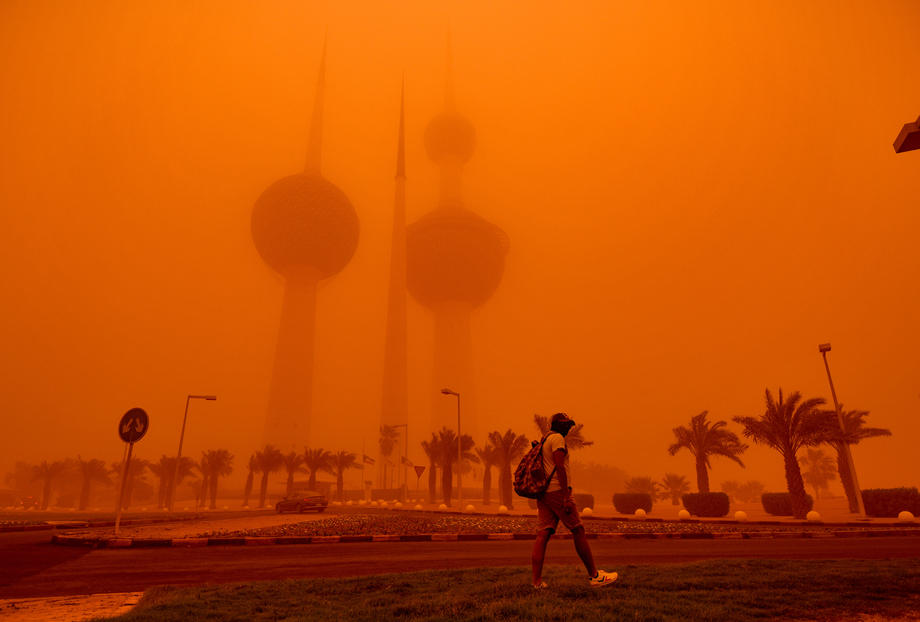 In parts of Middle East, residents have been told to stay in their homes while flights have been canceled due to the latest sandstorm, which is said to be unprecedented in the region, world media report.

The storm has sent thousands of people from the Middle East to hospitals in recent weeks, killing at least one person in Iraq and three in Syria, Tanjug reports.

Another day, another sandstorm! It's boiling hot too! 🥵 Feel like I'm in some sort of Apocalyptic movie 😂 #sandstorm #kuwait pic.twitter.com/snMSzLxMLf

Meteorological experts and officials have blamed climate change and weak government regulations for the situation.

Sandstorms are assisted by seasonal winds and are typical for the period from late spring to summer, say insiders.

However, according to the latest analysis, this year there have been storms in Iraq almost every week, starting in March.

From Riyadh to Tehran on Monday the sky was orange due to the sandstorm, local media reported.

Iraqi authorities have declared a national day, urging government officials and residents to stay home as the storm is forecast to hit the country for the tenth time in two months.

The Ministry of Health has prepared oxygen reserves in the medical institutions and the areas that will be most affected.