VIDEO | Coldplay singer plays in pub: You come for a beer and make the newlyweds happy 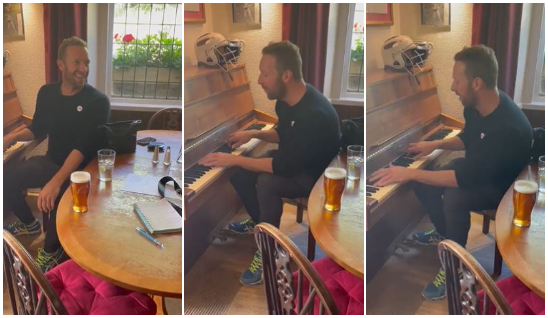 Chris Martin, The frontman and founder of the famous band "Coldplay", delighted the visitors of a small pub in a British village when he accidentally stopped for a beer and played the band's hit - "A Sky Full of Stars".

However, this was no ordinary performance. Martin attended the Glastonbury Festival, which he enjoyed with his girlfriend. On their way back, they decided to stop in a bar for the umpteenth time, and the future newlyweds were already there and revealed to him that they would choose the mentioned song as their first wedding dance.

You never know who might pop in for a pint! @coldplay what a lovely man he is. pic.twitter.com/V3INYbD0rB

Martin had no choice but to get a job.

"It was one of those things when you said, 'That's right, this is happening,'" pub owner Chris Parkin told Sky News. "It was a really brilliant, great moment to remember," he added.

The newlyweds got the "whistle" of their dreams, and Martin proved to be a gentleman.