VIDEO | Pecakov: I am happy for Ohrid, the biggest problem has been solved 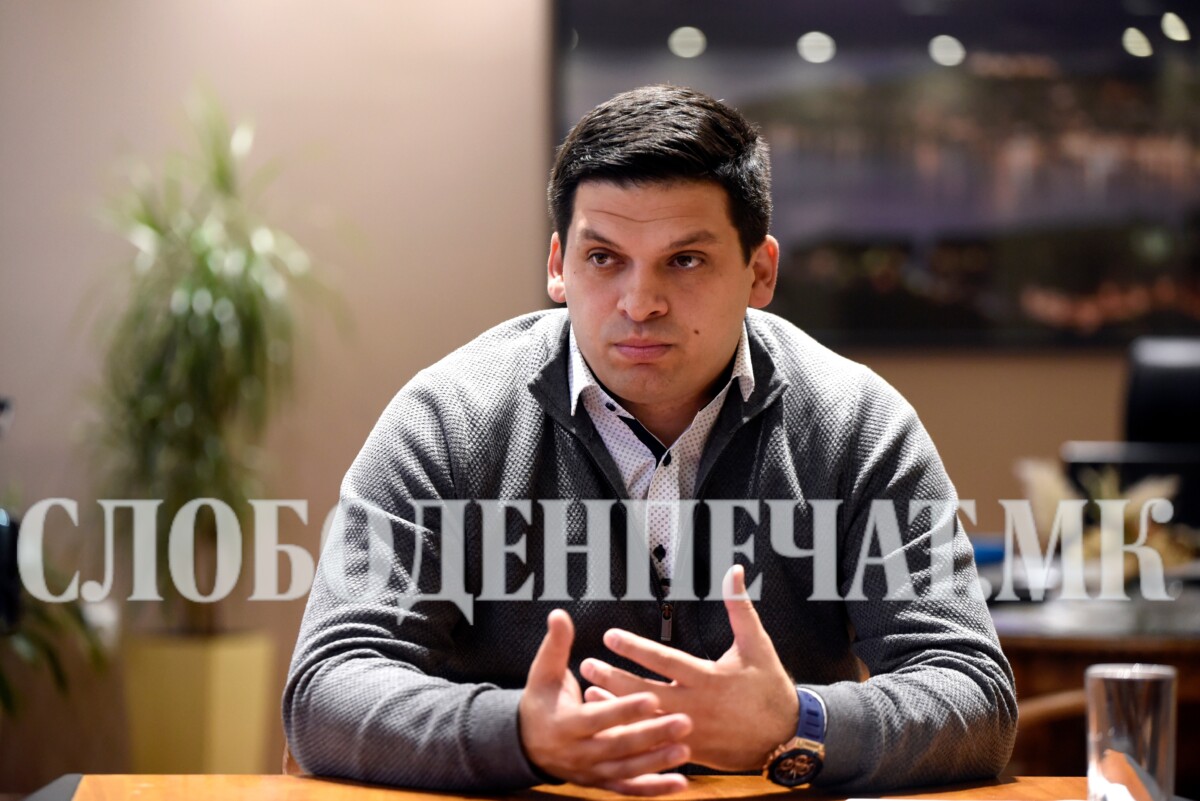 UNESCO is a brand that Ohrid managed to attract, to become part of. Therefore, we should strive to implement the recommendations, in order to maintain the status that Ohrid as an ancient city deserves, Pecakov believes.

"Ohrid has solved the biggest and most burning problem, because it will stop the urban degradation and construction rampage that happened to the city and it will develop properly, while protecting its values ​​and the environment," the new mayor said in an interview with Sloboden Pecat. of Ohrid, Dr. Kiril Pecakov, adds: "I am happy for Ohrid, although I was ready, when I undertook to be in this position, to suffer all kinds of pressures."

Pecakov, who won the trust of the people of Ohrid in the recent local elections, says that the biggest and most burning problem of Ohrid, urban degradation, has started to be solved with the adoption of the Management Plan for the natural and cultural heritage of the Ohrid Region, because it provided the basis for stopping the urban degradation that was happening to this ancient city and its surroundings.

- Now, if a building permit needs to be issued, if it was previously planned to build a building with five floors and an attic, with a plot of 70 percent, now the Plan says that there can be a maximum height of three floors and utilization of 50 percent, our work is much easier, we just have to follow the recommendations - says the mayor of Ohrid.

He expects the new Urban Plan for the Ohrid coast, which should be fully harmonized with the Plan for Management of Cultural and Natural Heritage of the Ohrid Region, as well as with the recommendations of UNESCO, to end the usurpation that has been happening to Ohrid for years. Pecakov explains that now the process of obtaining construction permits is complicated, because other competent institutions are involved in the process.

- If the building is to be in contact with a protected area, a conservation solution is needed, ie the Office for Protection of Cultural Heritage, the Institute and Museum Ohrid is included, and nothing that is outside the Plan can no longer be It happened because now the process does not depend only on the Municipality of Ohrid - says the mayor of Ohrid.

He is convinced that now neither he nor any future mayor would have more pressure to allow something to be built.

Although Pecakov insists that the problem of illegal constructions has reached a worrying trend in the last 4-5 years, when there are 500 registered new illegal constructions, he also admits that the urban degradation on the Ohrid coast started much earlier, during the rule of VMRO-DPMNE, sometime in 2005. year, to gain momentum in 2009 and 2010.

According to Pecakov, the problem arose "because we have not managed to solve the city in an urban way so far, I do not know for what reasons. "If we had GUP, we would not have illegal buildings."

- For me as mayor, it is not so important how many illegal buildings were created before, behind each of them there is a name, surname, but how many will be created from now on. My responsibility is for the urban rampage not to be part of everyday life in Ohrid - adds Pecakov.

According to him, Ohrid must fight to preserve its UNESCO status.

- UNESCO is a brand that Ohrid managed to attract, to become part of it. That is why we need to implement the recommendations in order to maintain the status that Ohrid as an ancient city deserves - said the mayor.

Pecakov also announced the return of the granite slabs in a good part of the historical core of Ohrid, for the return of the authenticity of the bazaar, depending on how much money the Municipality will have. First, the square near the Plane Tree will be renovated.

Asked why at the beginning of his term he undertook to expand the boulevard "Macedonian Enlighteners" due to which as many as 72 trees should be cut down, Pecakov said that he understands why the public is so sensitive on this topic, but that it is a project started by the previous city administration. , that it is financed by the World Bank, due to which deadlines are running for its realization, as well as that the trees, according to the assessment of an authorized person, were largely old and sick.

- There are a total of 49 lindens, 13 chestnuts and 10 young maples on the boulevard, of which maples and ten other healthy trees will be transferred to another location. For the rest, you can see for yourself, most are in poor condition. Instead, new ones will be planted, they will be older than six years and they will have a double total diameter of the cut trees - says Pecakov.

His statement that there are no illegal constructions on the beaches of Ohrid also raised dust, but he clarified that it was a wrongly transmitted statement.

- The beaches that were issued under concession were with decisions and permission from competent institutions, rent was paid, now that their contract has expired, and they are left to function like that from 2017, that is another matter. The platforms in the water, some of them have been removed, for the rest we will certainly act together with the other responsible institutions. We certainly can not leave the beaches to maintain and function on their own because the Municipality of Ohrid can not manage all that alone. A public call was announced for the future appearance of the beaches and I think that they should be built with natural materials, in accordance with the environment, with a part for free use of the beach. In the future, only the lease agreements on the beaches will be issued year by year - announced Pecakov.

Biographies of members of the new government

With 62 votes, the Assembly elected the government of Dimitar Kovacevski

OMO Ilinden Pirin: Macedonian minority in Bulgaria has and will have

Sela: If you vote for Kovacevski's government, you also vote for the "Open Balkans" that Kosovo leaves aside

Mitreski to the opposition: Exaggerated with political folklore

Milososki: Your foreign policy team is very weak and compromised

Bilali Zendeli: The opposition wanted to come to power without elections

Xhaferi's last coordination before the vote for the new government