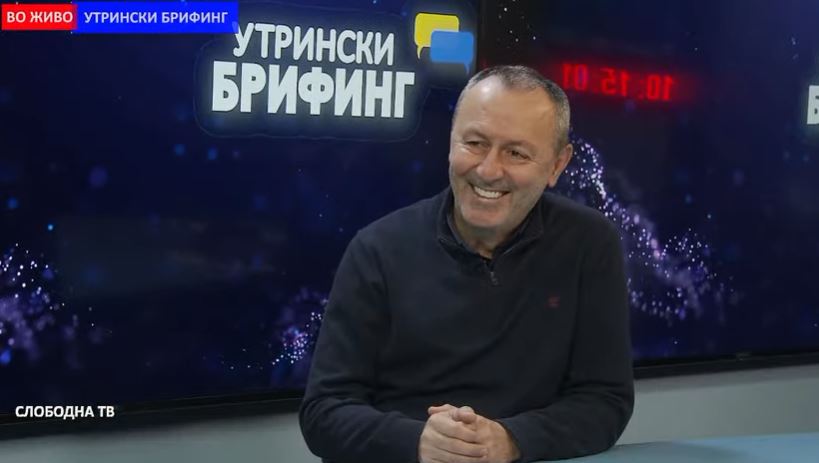 With the intensification of the contacts between Bulgaria and Macedonia, with the new heads of governments, a space is opened for the end of the disturbed relations between the two countries.

- In August last year, our relations were the most disturbed in history, and the then negotiators Zoran Zaev, Boyko Borisov, Nikola Dimitrov are most to blame for that… A quarrel always requires two. "What is happening in recent days is a positive step and I hope it will end well," said Mihail Panovski, a former lawmaker and analyst.

He says that if in 1992 we passed a declaration in Parliament that we are focused on NATO and the EU, we should move towards that goal.

- Both in Bulgaria and in Macedonia there are installations that will do everything for Macedonia not to reach the final goal, to join the EU. Petkov has many problems that the local public does not know. Yesterday he was attacked by Vice President Iotova. There are two problematic parties in his governing coalition. For example, he was offered five advisers who have been proven to have worked for Russia. And here in Macedonia there are people who have an interest in us staying where we are. "The local installations set up by Belgrade will do everything to break up relations," Panovski said.

He added that the center is in Moscow and on both underground installations in both countries. According to him, the problem can be solved only by clean people, unburdened by anything. Petkov and Kovacevski are like that, but first they have to clean up their houses, and if they do not do that, they will fall, Panovski commented.

For Panovski, it is completely acceptable for the Bulgarians to enter the Constitution.

- Boyko Borisov and Nikola Dimitrov will do everything to disrupt relations. Dimitrov's thesis was to delay the process and for someone else to solve the problem through diplomacy. We started with the hardest things, with history. It is better to start from the economy, says Panovski.

The opposition must be involved in solving this problem and it is good that Kiril Petkov met with Hristijan Mickoski, but the obligation of Kovacevski and Petkov is to find a way to lower the hate speech in both countries, Panovski commented. He adds that it is not only social networks that are a problem, but also that there are media that spread hatred.

- I think that Kiril Petkov will fall in three or four months. We saw how Zoran Djindjic finished, we saw how Alexis Tsipras finished. We must put aside those who spread hatred. Petkov has a much worse position than Dimitar Kovacevski in our country. Petkov is well-intentioned, we want to progress, he does not dispute our identity and language, but there in Bulgaria there is a structure that can not understand that Macedonia today and 110 years ago is not the same. And Bulgaria has made mistakes. For example, the BOC did not accept to be the mother church of the MOC, but its relationship with Moscow was more important, says Panovski.

VIDEO | Prof. Dr. Spasov: The state leads the language policy, the lectureships are bridges of friendship not of division