VIDEO | "This is a traffic terrorist": Footage of a new Croatian supercar rushing at 232km / h along the Adriatic Highway 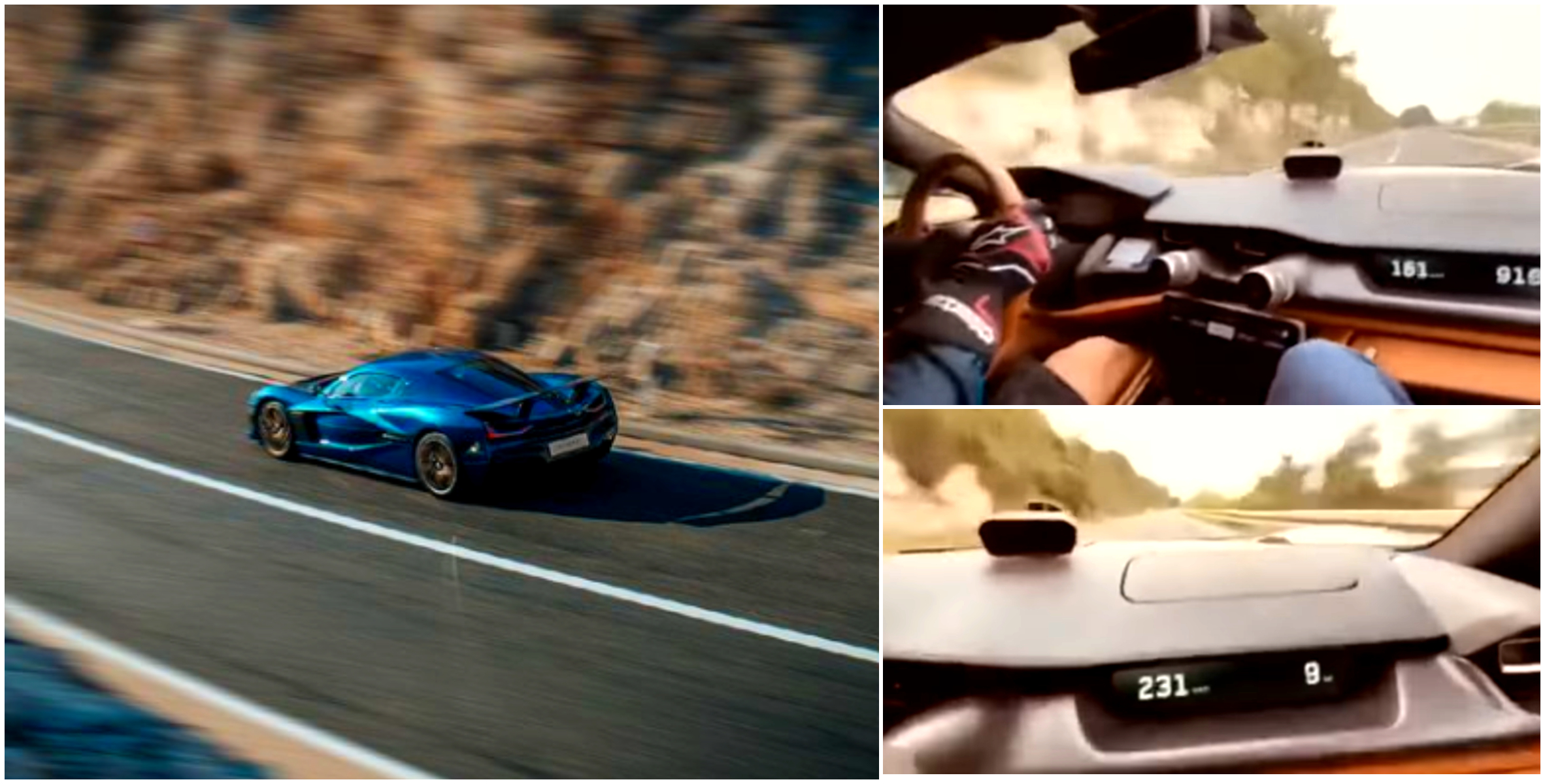 The first Croatian production car, known so far as "C_Two", which was named "Rivac-Unbelief ", after the unexpected and strong Mediterranean storm that "rushes" across the Adriatic Sea. It reaches 200 per hour in just 4,3 seconds, while just 9,3 seconds is enough to reach a speed of 300 kilometers per hour.

The Croatian company Rimac Automobile on Tuesday officially unveiled its new car model, which was designed by their design team, led by company owner Mato Rimac, for the past four years.

The car, which until this month was known as Rimac C_Two, was first shown to the public in Geneva in 2018. Two years later, the Croatian manufacturer had planned to introduce a production version, but was thwarted by a pandemic that led to the cancellation of the 2020 Geneva Motor Show.

In the last year, the company has completed the worldwide homologation of its vehicle. In the process, they "shared" several copies of the C_Two to check its safety and obtain all necessary permits for the car to be registered and drive safely around the world.

This car is designed to become the best electric hypercar in the world and was premiered on Wednesday under the name - Rimac Nevera. And when it comes to the name of the car, the company Rimac states that "disbelief" comes from the local speech, for a fast, unexpected and powerful Mediterranean wave, which blows on the Croatian open sea: "Incredible reflects the fantastic performance that the car is capable of performed in just one moment. "

These top performances would cost you an incredible 2 million euros, and a series of only 150 vehicles is planned.

A video has appeared on the Reddit internet platform, which was immediately removed, showing how the newly presented Croatian supercar Rimac-Nevera reaches a speed of 232 km per hour on a highway near Dubrovnik, while several vehicles come to meet him.

The police determined that it was a road in the Ratac area near Dubrovnik, where the driver roughly exceeded the speed limit, "driving at a speed of 232 km / h in an area where the speed limit is 90 km / h" Dubrovnik police said they had not been notified of the test drive.

From the company Rimac for Zagreb Evening list stated that "everyone has been explained that traffic regulations must be obeyed on public roads, while other paths and runways are planned for testing and speeding." transmits Hina.

Croatian traffic expert Zeljko Marusic in a statement for "Avtoportal" says that this was a "crazy ride" beyond all limits of safety standards, emphasizing that "it goes beyond the legal provisions that define arrogant driving and has characteristics of 'traffic terrorism' ".

- What would happen when a 2,2 ton electric car, on a road with intense two-way traffic, loses control? With the huge kinetic energy (which increases with the square of the velocity), which is released from the average bomb, this car will create a massacre - concluded the expert, noting that this driving violates all traffic safety norms.

VIDEO | If you do not know how to set up a Rubik's Cube, here are some tips

Today the Holy Martyrs Tarah, Prov and Andronicus are celebrated

"I can not stand it anymore": A man demands to be put in prison to escape from his wife

PHOTO | Instead of cake, fried ice cream - Sarah Mace was enjoying with her family for her birthday

VIDEO | Adele has revealed what her favorite item she owns - you will not believe what!