VIDEO | Report of the ex-minister Filipce: I am leaving proud of what has been done, we have restored the dignity and motivation of the health workers 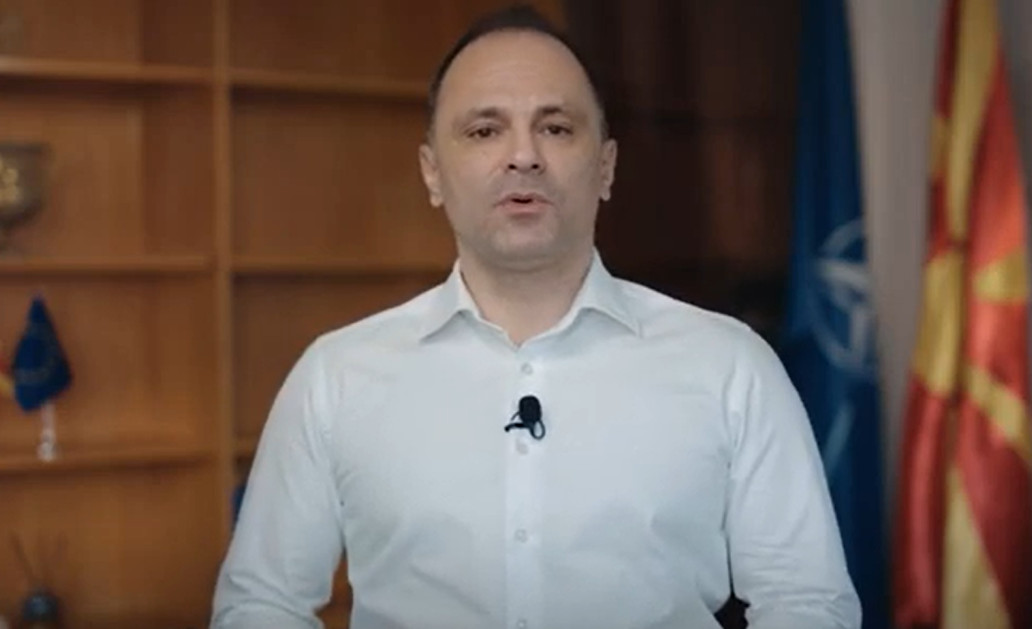 Report of the ex-minister Venko Filipce / Photo: The screenshot
Former Minister of Health Venko Filipchas decided to address the citizens via video message about the work done during his four-year term in the health sector. On this occasion, he did not mention the tragedy of September 8 last year in the Tetovo modular hospital when 14 patients died in a fire, after which he announced his resignation, which was not accepted by the then Prime Minister Zoran Zaev.

-I was honored and pleased to serve you in the past 4 years. We spent a lot together in the historically most difficult period for the Macedonian healthcare. The support I and my colleagues received gave us the strength to move forward and fight the pandemic. To fight again for every life and to take care of the health of every patient. But despite all the challenges of the global coyote crisis, we have managed to make fundamental changes in healthcare and make investments that I am really proud of. We have restored the dignity and motivation of health workers by raising wages like never before. They now receive higher salaries of 25 to 40%, and trainees are paid for the first time while specializing. "I believe that the new government will continue to raise wages because health workers deserve it," Filipce said in a video address.

He believes that as a ministry during his tenure, all patients were treated equally as those who were previously ignored and forgotten.

- We have provided medicines for patients with rare diseases. There is no patient without an available medicine because every person is important, and we have established a register of rare diseases. Our country finally has no drugs from parallel import, we have abolished the quotas, and now all medicines are of good quality and available at any time. Diabetics have finally got the top insulin available, and for children with diabetes we have provided the means to purchase painless glycemic meters. Despite the economic crisis, investment in healthcare has not stopped. In four years we have renovated and built health facilities more than ever before. 50 health facilities, clinics and operating rooms have been renovated and are equipped to the highest world standards. New centers and wards have been opened within hospitals and patients are now receiving services where they live. We have acquired medical equipment that allows us to now perform the operations that patients used to go abroad for at home. We procured state-of-the-art devices, 9 computer tomographs and 7 magnetic resonances. This is the largest investment in key equipment in the history of our healthcare. I am especially proud of investing in the health of our loved ones - children. With new equipment according to world standards, but also the commitment and personal development of our colleagues from Gynecology, we managed to reduce newborn mortality by three times. The little fighters who were born earlier now have top care and world conditions for growth and development, says Filipce.

He reminded that during the pandemic, in addition to uncertainty and sadness, beautiful things happened, and these are the first heart transplant and bone marrow transplant.

- The pandemic brought a lot of uncertainty and sadness, leaving lasting consequences and changes in our lives. But, we will remember this period for good things. At the height of the pandemic, we performed the first successful heart transplant, and then performed 5 more, which made a historic step in Macedonian cardiology. For the first time, we performed a bone marrow transplant from an unrelated donor, which is another great achievement of the Macedonian healthcare. I am proud of all my dedicated colleagues who have started to apply new methods of work and perform state-of-the-art operations. "We have new methods for treating patients with cerebral hemorrhage, new treatment for epilepsy and new non-invasive methods for treating cardiac surgery," Filipce said.

At the end of his address, he thanked the citizens for the trust, as well as for the criticism he received during his tenure as Minister of Health.

- I am leaving the position of Minister proud of what has been done, knowing that everything we have done, every decision we have made we have made exclusively in the interest of the health and protection of the citizens. I continue to work with this mission, ex-Minister Filipce is decisive, returning to his work responsibilities at the Clinic for Neurosurgery.

Pendarovski on the occasion of May 24: There are still those who claim the right to have exclusivity on the common and common goods