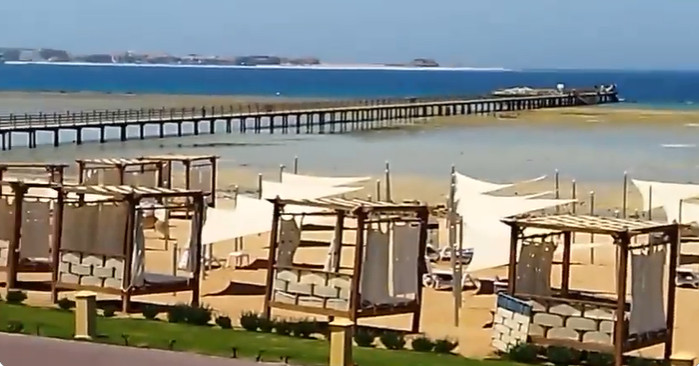 Once Austrian pensioner Elisabeth Squire (68) died after a terrible shark attack in an Egyptian resort, the Austrian portal "Haute" writes that on the same day another attack took place near Hurghada in which another woman lost her life. The news of the death of the second woman was later confirmed by the Egyptian Ministry of Environmental Protection.

Following Friday's fatal shark attack, Egypt's Environment Ministry reported today that a second woman was attacked and killed by a shark on the same day. This incident happened south of the seaside resort of Hurghada, just 500 meters from the first attack. The second victim, according to initial information, was of Romanian nationality and was "in his late forties".

The second shark attack was also reported by a journalist from "20 Minutes", who is there on vacation. The two incidents happened at a distance of about 500 meters.

A second woman died when sharks attacked swimmers at a popular Egyptian tourist beach, it was only revealed today, although both attacks took place on Friday.

As you can see on social media videos, the beach in Hurghada is completely deserted. One woman was attacked by a shark near the pontoon, and another a little further away.

Horrifying footage has previously emerged showing a 68-year-old Austrian woman desperately swimming back to port after a shark bit her arm and leg.

Now Egyptian authorities have admitted that a second woman, a tourist, was killed around the same time in the Red Sea about 500 meters from the first fatal attack, reports the British "Mirror".

Her body was pulled from the sea after being on the reef, witnesses said.

Her identity has not been released and she is believed to have been staying at the Premier Le Reve Hotel.

The ministry launched an investigation into the incident and closed the beach for three days. Water sports such as diving, snorkeling, hang-gliding and windsurfing are not allowed in the area during this period, the statement said.

The ministry stated in a statement that a commission was formed to investigate the circumstances of the attack and all the scientific reasons behind it.

Four dead in a suicide bomber attack in Saudi Arabia